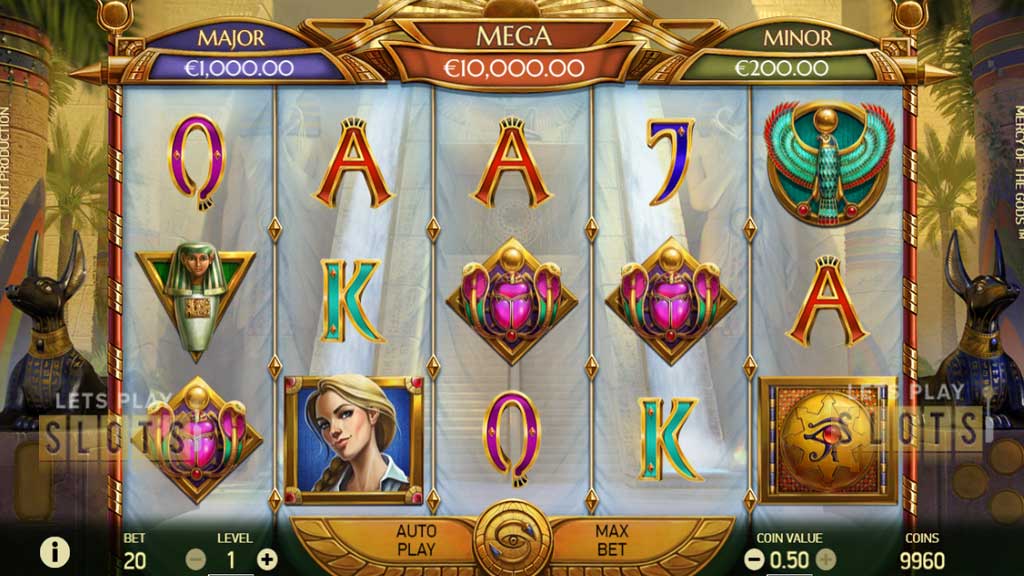 Hunt For Treasure In NetEnt’s “Mercy of the Gods” Slot 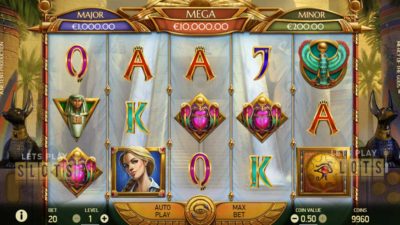 Hunting around for treasure is a favourite theme for slot developers as the premise of each slot game is to give players the chance of finding treasure and winning cash. The latest game from NetEnt continues the tradition of treasure-hunting themed slot games. The latest release is called “Mercy of the Gods” and provides players the chance to win some very big jackpots.

Mercy of the Gods is set in Egypt and players are taken to the entrance of an Egyptian pyramid when they start the game. The god Anubis is perched on both sides of reels when they spin. The graphics are pretty good and they are featured in Egyptian style as are all of the symbols.

The game features five reels and 20 paylines. Players can enjoy this game across multiple platforms. The basics of the game should be familiar to everyone as players will look to get winning combinations of symbols, with a minimum of three being the scoring trigger.

The game has several features that will make it a favourite among players. For one, there is the wild symbol. It replaces all symbols except for the scatter and bonus symbols in winning combinations. Additionally, when one appears, a respin is triggered. All wilds on the screen stay on it and move one row down for this respin. The respins end when all wilds leave the screen.

To make things more exciting, when you get one wild behind another, it activates the Gift of Life respin. One reel becomes fully wild, while the other moves down as normal. This makes it really easy to get a winning combination. There is also a Free Spins feature in the game. It is triggered when three or more Eye of Horus scatter symbols are matched. The most a player can get is 12 free spins. Wilds will be active during these free spins so players might pile on their spins.

Finally, really lucky players who score three or more bonus symbols trigger the Gift of Wealth Jackpot feature. Players will then get to play a special game with bonus symbols only and get chance to win the Mega with this game.

Hurray! There is a competition going between users of our site!
You have to do nothing, but browse out site, and win a daily prize. Click here to read more.
You current ranking:
Time Left: 5h 41m 20s
Gambling is for 18+ though some countries may have other restrictions...Remember you should always Gamble Responsibly
We use cookies to ensure that we give you the best experience on our website. If you continue to use this site you agree to allow us to use cookies, in accordance with our Terms & Conditions.Agree & Close