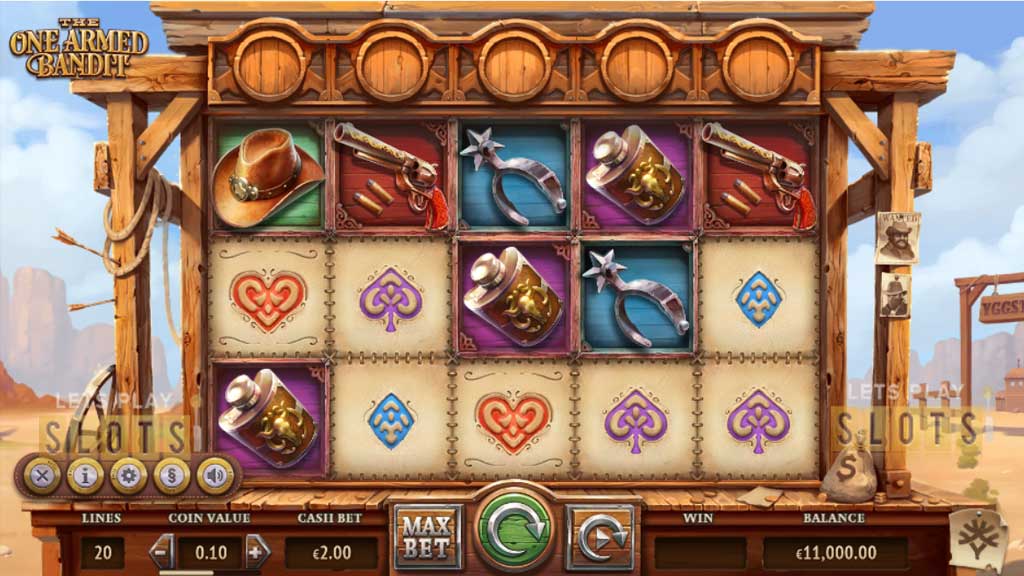 Hunt Outlaws With Yggdrasil’s “The One Armed Bandit” 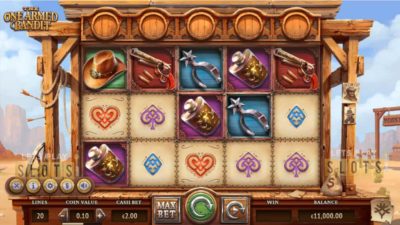 The term “one-armed bandit” has been used as a nickname for slot machines over the years. This is because of the single lever that makes the reels spin.

Yggdrasil Gaming decided to use the ‘One Arm Bandit’ term for its latest online slot game which takes players to the Old West to hunt outlaws.

Players are welcomed to this game with a great tune that stirs up memories of how the West once was. The background of a parched desert land serves as the scene for the game and the goal is to catch outlaws by getting wining combinations of symbols. The game has five reels and 20 paylines.

The basic symbols are the most common of all the symbols and come in the form of four card suits: hearts, spades, clubs and diamonds. There are also four high-value symbols which are whiskey flasks, cowboy hats, pistols, and cowboy boot spurs. The sheriff’s badge acts as the wild symbol and replaces all the regular symbols.

Players get a decent payout when they hit a basic winning combination. However, players will really want to get into the bonuses as that’s where all the fun and money is at. The best way to do this is to get the outlaws to appear on the reels as these serve as the game’s scatter symbol.

If just one outlaw appears, the Respins feature comes into play. Players get respins equal to the number of outlaws that appear. During these respins, all outlaw symbols become wild symbols. This gives players a pretty good chance of winning. Besides giving out a respin, there is a chance for multipliers because of the wild symbols.

Players who get five outlaws on all five reels will trigger the Free Spins feature. This is where the sheriff and all the outlaws go head-to-head to see who owns the town. Players get 10 free spins and a 5x multiplier to make things even more interesting. Additionally, outlaws will become extra free spins during this feature.

The One Arm Bandit online slot game will provide players with not just fun and excitement but also a chance to walk away with a nice payout.

Hurray! There is a competition going between users of our site!
You have to do nothing, but browse out site, and win a daily prize. Click here to read more.
You current ranking:
Time Left: 5h 57m 27s