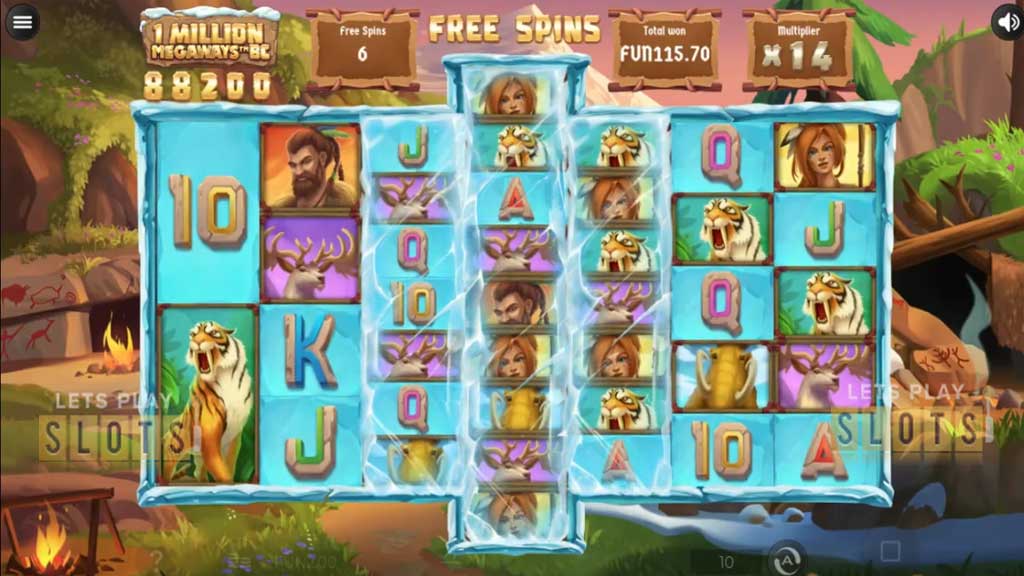 Journey To The Pleistocene Era With “1 Million Megaways BC” 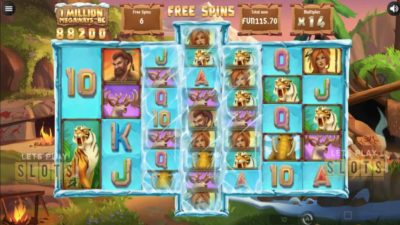 Players are being asked to take a trip into the past with the latest slot from Iron Dog Studio. Then new slot is called “1 Million Megaways BC” and takes players to the Pleistocene Era to face multiple perils. Players who get lucky will be able to walk away with 45,000x of their original stake.

This game takes place in the snowy mountains of the past, with a cave visible. Players can change this landscape though if they hit the free spins bonus. This is just an example of the game’s great animation. The game brings all of it to life with its excellent cartoon art. Combined with exciting background, players are in for an interesting time.

As for the gameplay, the game uses the Megaways engine, but it has one big difference. Instead of the usual amount, it offers a maximum of 1,058,841 Megaways! This is only for the bonus round though. During the base game, players will have to work with only 117,649 Megaways.

The game has the usual six reels setup for a Megaways game. This means variable rows. The symbols themselves are a mix. The card royals are there for the low-value wins. Players who want a big win will want to score one of the premium symbols. This includes a saber-toothed tiger, a deer, a woolly mammoth, a cavewoman and a caveman. The caveman rewards 10x the player’s stake when players get the maximum amount. There is also one special symbol, the Wild.

Players can wager anywhere between 20 cents to $20, which is a pretty good range. The game itself has an RTP of 96.20 percent which will be encouraging to most players.

But the real draw of this game is the special features. The Wild is there to complete winning combinations since it substitutes as other symbols. Additionally, the Cascade feature is active. This means that when players get a winning combination, they get cleared from the reels. This allows for new symbols to appear. Besides that, multipliers are applied after every winning combination. The maximum is 8x.

Even though there is no scatter, players will be able to trigger a Free Spin feature. Players need to get four or more wins in succession. Players see a counter on the side of the reels to indicate how close they are to getting some free spins. Players then get from 8 to 14 extra spins. When they do get triggered, the game window will split up to make more room to create the 1,058,841 Megaways.

Do give 1 Million Megaways BC a spin or two when it hits your favorite online casino.

Hurray! There is a competition going between users of our site!
You have to do nothing, but browse out site, and win a daily prize. Click here to read more.
You current ranking:
Time Left: 2h 12m 36s