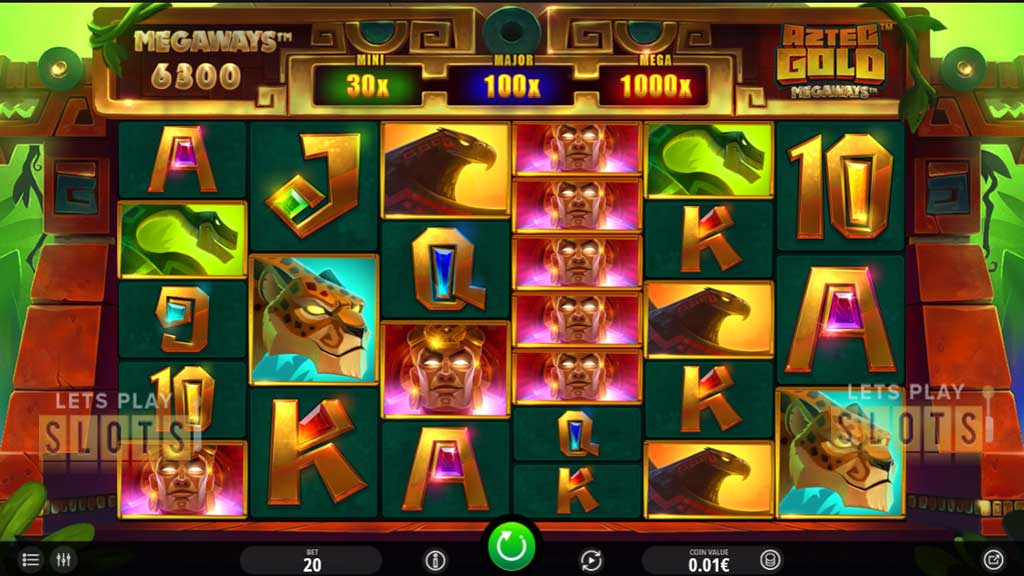 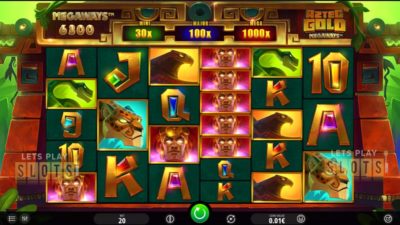 The Aztecs are one of America’s legendary civilisations. The Aztecs are known to have hidden treasures in the jungles of South America. iSoftBet decided to develop a new game based around this theme and take players on a treasure hunt. Using the famed Megaways system, players will have a ton of chances to win while also having a shot at big prizes in “Aztec Gold Megaways”.

Players will be taken into the depths of a South American jungle to find an ancient temple. The graphics are excellent and make the setting pop. The game also has an excellent soundtrack.

As always, the goal is to get winning combinations. The game has six reels to work and runs on the Megaways game.

This means that the game has 117,649 ways to win at its maximum. The game features the basic A, K, Q, J, 10, and 9 royals. However, players will want to get more valuable symbols. This includes falcons, snakes, leopards and Aztec gods.

Players who want the biggest prize will want to score the Aztec Gods. This symbol gives players 50 times their stake if they get six in combination. There are also two special symbols in the game. One of them is the wild, while the other is the Sun Disc scatter symbol.

Since the game runs on the Megaways engine, players start with a limited amount of symbols revealed. As the game progresses, players will find more symbols being revealed. The aim is to get as many symbols as possible revealed. The game has a maximum amount of 117,649 winning positions on the reels.

The game also removes all winning symbols and allows more symbols to cascade down to form new combinations. Players can keep on winning as long as combinations are formed. This is called the Reactions feature.

Players can also trigger the Aztec Gold Cash Respins feature. Players will need five Sun Disc scatters to appear on the reels. Players will then get three respins and another set of five will reward them with another three. The more scatters involved, the more multipliers the free spins get. Players can get up to a 7x multiplier. There is also a chance at major jackpots, with the biggest being 1,000 times the player’s stake.

Overall, this is a fun game that comes with an RTP of 95.99 percent.

Hurray! There is a competition going between users of our site!
You have to do nothing, but browse out site, and win a daily prize. Click here to read more.
You current ranking:
Time Left: 20h 42m 11s
Gambling is for 18+ though some countries may have other restrictions...Remember you should always Gamble Responsibly
We use cookies to ensure that we give you the best experience on our website. If you continue to use this site you agree to allow us to use cookies, in accordance with our Terms & Conditions.Agree & Close