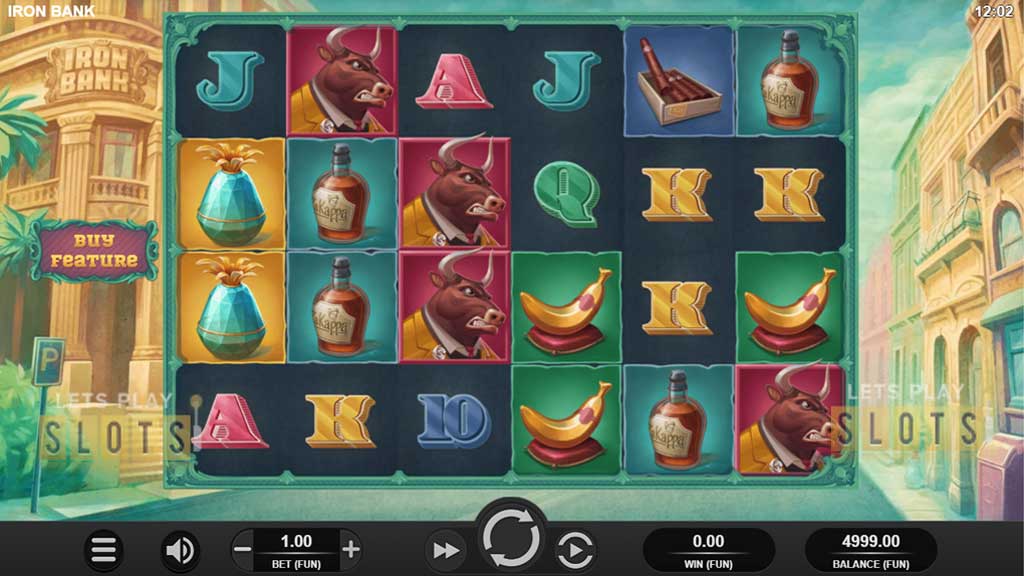 Join A Cuban Heist With “Iron Bank” From Relax Gaming 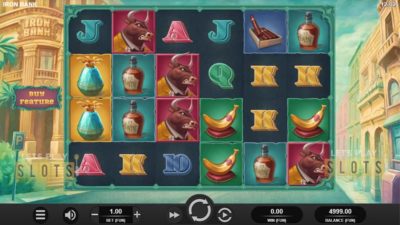 Relax Gaming has come out with some hot action in their latest slot offering called “Iron Bank“. In this game, players are taken back to the 1950s where they are whisked away to the tropical island of Cuba.

This is the setting for a bank heist led by master criminal known to the police as the Jaguar who has taken steps to break into the island’s Iron Bank and steal millions.

Players are presented with a Cuban street scene right outside the bank. This will be the setting for the heist and players will be helping out Jaguar. The game has six reels and four rows on its grid. Instead of normal paylines, players have 4.096 ways to win.

There is a limited betting range in this game which will appeal mostly to low stakes players. Starting with 10p, it can go all the way up to £20 per spin. This low cap makes it safer for players to use the Autoplay feature. They can set it to 1,000 auto-spins as long as they have the cash.

Players will enjoy the high variance that this game has. The max win is 49,868x which can turn into a heavy payout when luck is on your side. The game’s RTP is also at a pretty high 96.2 percent. This can go up to 97 percent when the Bonus Buy function is used.

The symbols for the game are a mix of the card royals and the theme symbols from Cuba. This includes the jeweled pineapple, the rum bottle, cigars, the golden banana and the bull. The bull is the most rewarding basic symbol and can reward up to 50x.

No slot game is complete without special features. Iron Heist delivers in this regard as there are a number of special features on offer. First, there is the Random Mystery Symbols feature. There are symbols with a question mark on them and when they show up, they all transform into the same symbols when the spin is over.

Next, there is the Full Reel Wilds feature. The game has wild symbols that can act as other symbols in winning combinations. These are all in the form of the Jaguar’s accomplices. The special thing about them is that they come with multipliers and can completely take over a single reel.

Finally, players can land the bonus symbols and trigger the free spins feature. Players have a chance to choose which bonus they can get. They can either pick bonus Mystery Symbols, Expanding Wilds, or Win Multipliers.

Overall, we found Iron Bank to be really entertaining and is definitely worth a few spins.

Hurray! There is a competition going between users of our site!
You have to do nothing, but browse out site, and win a daily prize. Click here to read more.
You current ranking:
Time Left: 12h 24m 24s