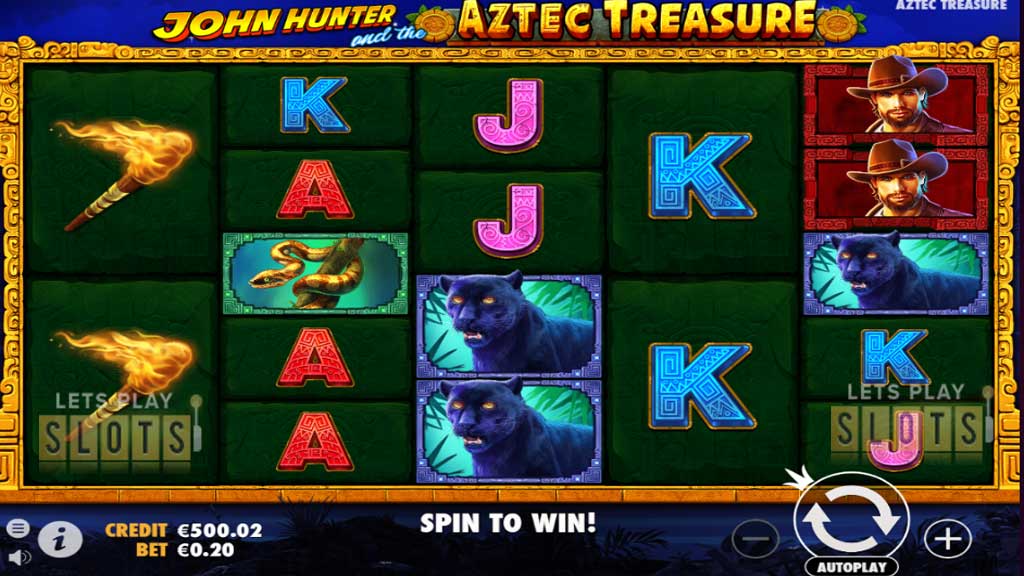 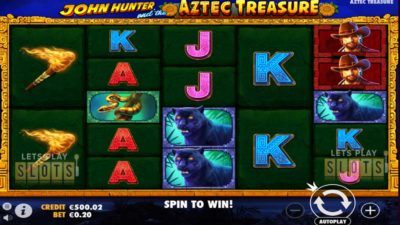 The John Hunter slot series from Pragmatic Play has thrilled thousands of slot lovers from all over the world. The developer has announced yet another new slot in the series called “John Hunter and the Aztec Treasure“.

In this game, players will assist treasure hunter John Hunter in his question to find treasures of the Aztecs. This slot game has interesting graphics, great graphics, 5 reels and 7,776 ways to win.

This game takes players to the jungles of South America where they will help John Hunter seek the gold of the Aztecs at night. On the reels are the various symbols that players have to match. The low-value ones are the A, K, Q and J royals.

The more valuable symbols are items from John’s expedition. This includes flaming torches, John’s hat and bullwhip, a snake, a toucan and a panther. The most valuable symbol though is John Hunter. Players who get five of him on a payline get four times their stake.

The game also has a wild symbol in the form of a totem mask. It only appears in the three middle reels and substitutes for all symbols except the scatter. The reels can show up to six symbols and this means more chances for players to win.

The most important symbol though is the Book of Mystery. It acts as the games scatter symbol and is the primary trigger for the Free Spins feature. Players who get three or more appearing anywhere on the reels will activate the feature.

While the free spins are going on, players can win even more free spins. All they need is two or more of the bonus symbols showing. This time the minimum is 3 to 15 free spins. When you add everything up, it can result in a maximum of 40 free spins.

Overall, John Hunter and the Aztec Treasure is a nice way for you to divert your attention, relax and o on an exciting online jungle adventure which can be very rewarding.

Hurray! There is a competition going between users of our site!
You have to do nothing, but browse out site, and win a daily prize. Click here to read more.
You current ranking:
Time Left: 6h 34m 34s