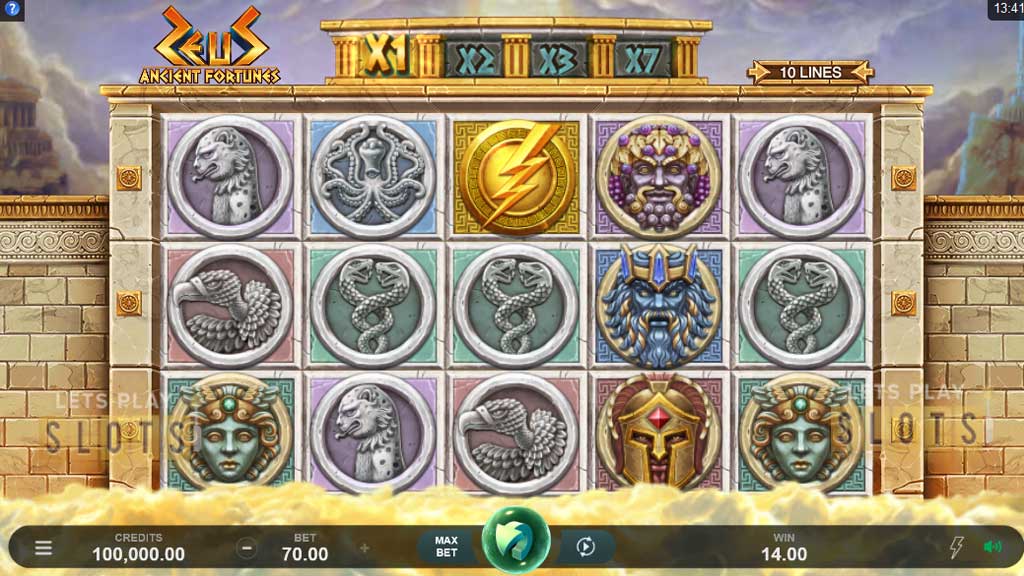 Join The Gods On Mount Olympus With ‘Ancient Fortunes: Zeus’ 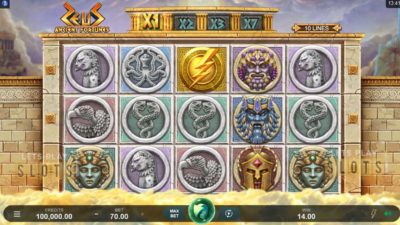 Mythology has always been a favourite theme for slot developers. There are a lot of mythology-based games out there like Playtech’s ‘Age of the Gods’ and WMS ‘Zeus’.

Microgaming has decided to light up the market with a new slot based on the same theme called ‘Ancient Fortunes: Zeus’. This game takes players to the top of Mount Olympus and lets them play among the gods of Ancient Greece, as they look to get the favour of Zeus.

The game itself is pretty standard and features five reels and 10 paylines which is good for a medium variance slot. Microgaming has made it possible for this game to be played on multiple platforms so players can enjoy it anywhere, anytime.

When players start this game, they will be impressed by visually appealing it is. The gameplay on the other hand is very simple, making it very easy for players to understand how the slot works. The low pay symbols in this game are snakes, krakens, panthers, and vultures.

When it comes to the higher-paying symbols, Microgaming has used a number of gods. This includes Poseidon, Dionysus, and Hermes. The most valuable one though is Ares. It gives back 62.5 times a player’s stake if five of it appears on a payline. Equally valuable is Zeus which acts as the wild symbol for the game. Players who see Zeus on the reels can have it substitute for all symbols.

The game has some pretty special features. One of these is the Rolling Reels feature. Players can win from both directions but what is important is that when symbols are scored, they disappear and more symbols are dropped down to replace them. This can mean additional wins in just one spin. Every winning combination also gets a win multiplier. Players can get up to 7x in just one spin.

There is also the Free Spins feature. There are Zeus lightning bolt symbols on the reels and they can potentially get players up to 20 free spins. All that players need to do is score at least three of the symbols. During these spins, players can retrigger the spins by scoring more lightning bolts. The maximum is up to 50 additional free spins so players can get 70 free spins in total.

Besides getting free spins, players will also get a higher bonus on the Rolling Reels feature. This means that they can get up to 21x the original value of the winning spin. Players who are looking to have a relaxing time playing a slot game and a chance at decent winnings will enjoy Ancient Fortunes: Zeus.

Hurray! There is a competition going between users of our site!
You have to do nothing, but browse out site, and win a daily prize. Click here to read more.
You current ranking:
Time Left: 1h 58m 35s