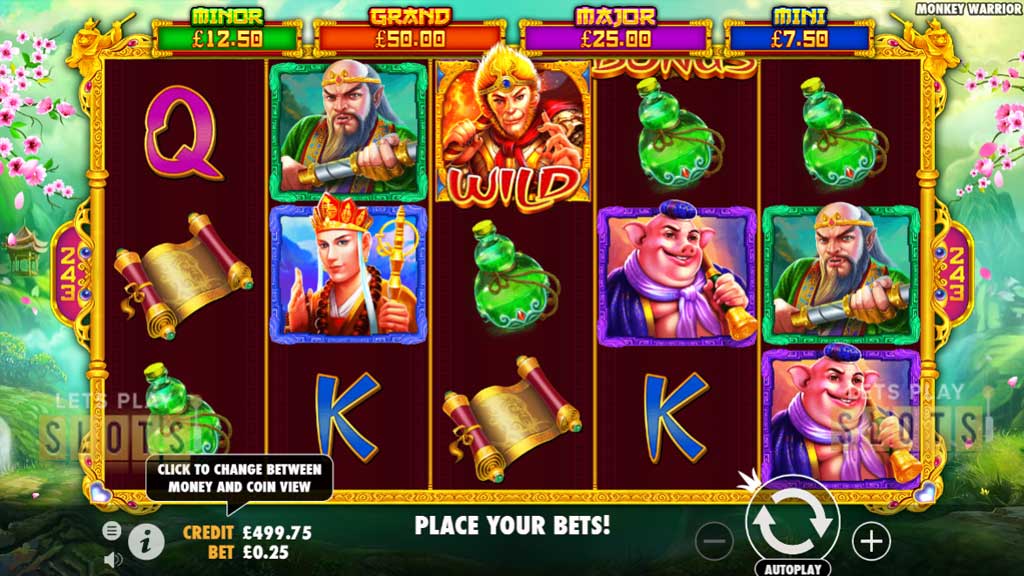 Journey West With “Monkey Warrior” Thanks To Pragmatic Play 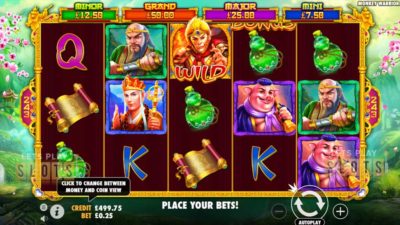 The Journey to the West is one of China’s great classics and has been the base material for many video games, movies and books. This time around, Pragmatic Play is taking a shot at adapting the theme with their “Monkey Warrior” slot game. This game entertains players with bright colours and excellent gameplay. Featuring five reels and 243 ways to win, players will love this one.

When players start this game, they will be greeted by the sight of an enchanted garden and the large reels that are the centerpiece of the game. As a traditional Chinese theme plays in the background, players will then have a chance at spinning the golden reels.

The symbols found on the reels range from the basic card symbols which give the lowest payouts to the fancier symbols like the characters, the potion, and the scroll. The most valuable of these is the monk. With five of them, players can get 20 times of their stake. Besides these basic symbols, the game also features the Monkey Warrior symbol. This acts as a wild in the game and substitutes for all of the basic symbols.

The game also has a bonus symbol. It comes in the form of the Monkey King’s staff. There is another symbol, the peach. It is another type of bonus and can be profitable for those who get to score it. These two symbols feature largely in the two bonus features of the game.

The primary bonus symbol is associated with the free spins bonus feature. Players will trigger it if they score three of the symbols. Players will then get eight free spins and double their stake. The great thing about this particular feature is that it is unlimited. This means that players can keep on triggering the feature again and again. They can potentially give them an unlimited number of free spins.

The other major bonus for the game is the money respin feature. Instead of the bonus symbol, players will be aiming to get the peach. Six of them in a single spin will trigger the Money Respin feature. Players will see all the normal symbols removed and the peaches stay in place. Each peach has a bonus reward that comes with it so players can hit it big. Players then get five respins which features fruits and blanks. When the respins end, all the fruits that appeared are rewarded to the player,

Overall, this game can be rewarding for players who want to experience a big win. Players should give it a try when it is officially released by Pragmatic Play in July.

Hurray! There is a competition going between users of our site!
You have to do nothing, but browse out site, and win a daily prize. Click here to read more.
You current ranking:
Time Left: 5h 20m 21s