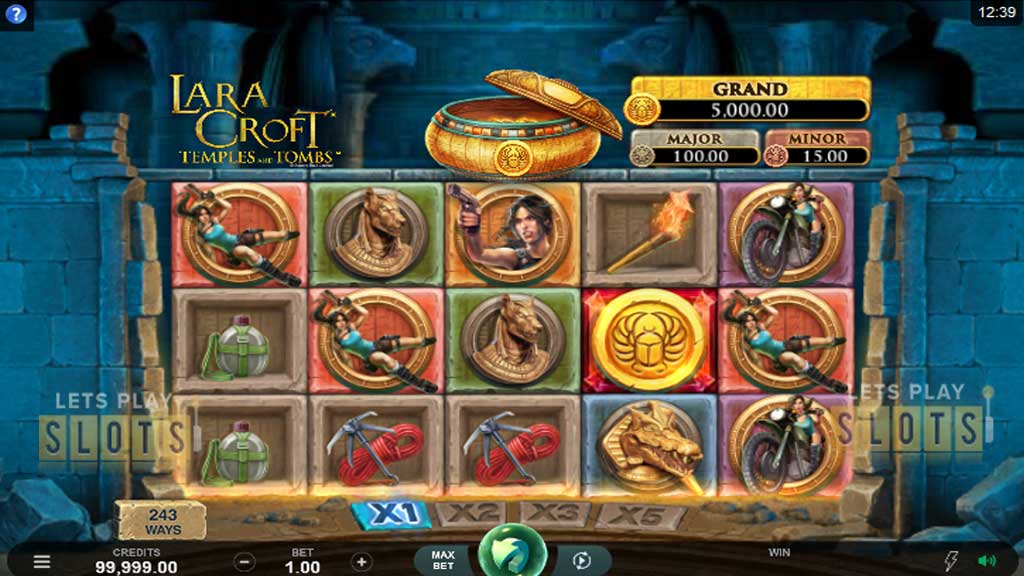 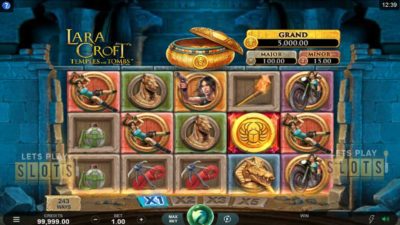 Lara Croft is gaming icon that has thrilled gamers across the world. Ever since her first game, she has been delivering action and adventure to her millions of fans.

Microgaming has the license for Lara Croft slot games and the company has already released two games. Slot lovers cannot get enough of Lara Craft and they have been eagerly waiting for a new slot game to hit the market.

Microgaming finally announced that a new Lara Croft slot game is about to hit the market. ‘Lara Croft: Temples and Tombs‘ will be the third game in the series. This game has five reels and 243 ways to win and provides players with a lot of action.

In this new slot, Lara Croft is exploring Sobek’s Temple of Riches and players are given the task of helping her out and finding treasures with her. There are several symbols that one can expect to encounter in a temple. These symbols include Sobek’s golden head, torches, alligator God Sobek, water bottles and grappling hook. There are also symbols of Lara in action.

The most valuable symbol among the set is Lara Croft’s face. Players who get five of it in a payline will be getting 50 times their original stake. Additionally, the scarab beetle symbol will be acting as the game’s wild, replacing any other symbol for winning combinations.

This slot has a set of fun features that will make the game more interesting. For one, there is the Rolling Reels feature. When a winning combination is scored, the symbols are removed and new symbols fall from the top, which can create new combinations. Besides more chances to win, players get an increasing multiplier for each combination. They can get a maximum of five times their win value.

Finally, the game has a Jackpot feature. Wild symbols are collected throughout the game and there is a chance that a jackpot is earned. The highest jackpot can multiply a player’s win by 5,000. That’s a lot of money up for grabs.

Overall, Lara Croft: Temple and Tombs is a great game and is a worthy successor to the two previous games.

Hurray! There is a competition going between users of our site!
You have to do nothing, but browse out site, and win a daily prize. Click here to read more.
You current ranking:
Time Left: 30m 8s