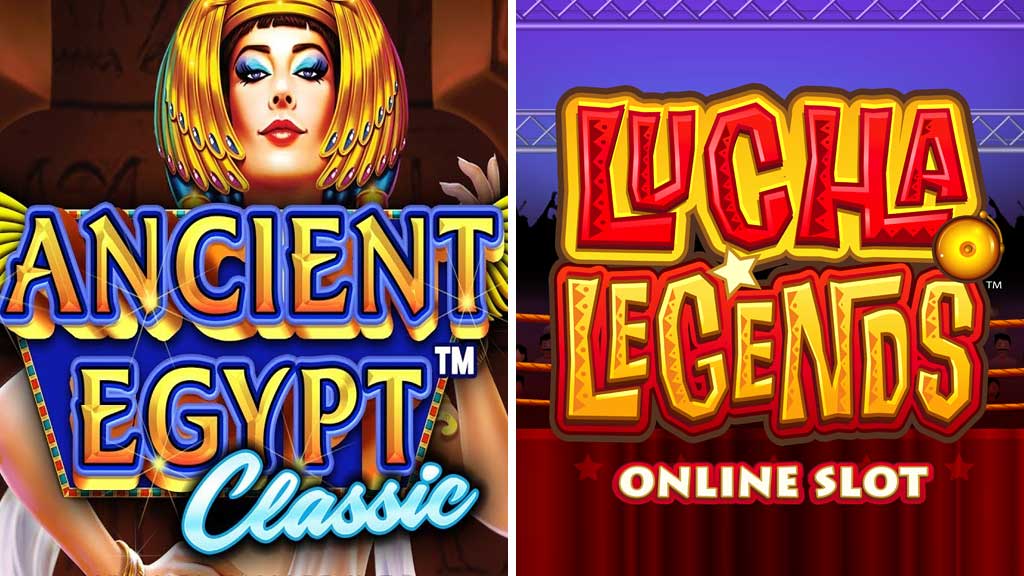 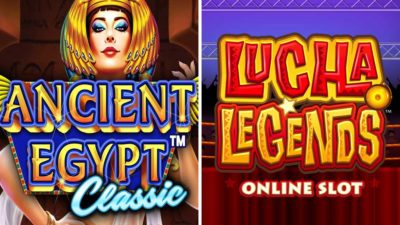 Pragmatic Play will bring players back to Ancient Egypt with their ‘Ancient Egypt Classic’ slot game while Microgaming takes players to the Mexican fight ring with ‘Lucha Legends’.

Pragmatic Play created something special when they worked on Ancient Egypt Classic. The theme is pretty obvious from the title. Players are transported to the heyday of Ancient Egypt and they are trying to win big in their trip through an ancient pyramid.

This slot game has a basic five reels and ten pay lines. It is playable on all devices and will allow players to set the amount they can stake every time they spin the slot. All of this plays out in the interior of a pyramid with the reels framed by pillars and torches. There is also a lot of gold on display to give the game a luxurious feeling.

The basic card symbols are there for the low-value symbols. The higher-paying symbols are represented by hieroglyphs. The bigger winnings are received when players get the special symbols. The Horus Eye and the Ankh will pay out 75 times the original stake, while Anubis multiplies a stake 200 times. The most valuable symbol is Cleopatra. Depending on how many a player scores, they can walk away with 500 times their stake.

Players will also enjoy scoring the golden scarab beetle since it acts as both as the wild symbol and the scatter symbol. Landing at least three of them will trigger a free spins feature and a stake multiplier. Before the free spins activate though, a random symbol will be picked by the game which will expand during the free spins play, making for an easier chance to win.

Microgaming's Lucha Legends is a colorful gameplay experience for those who like Mexican wrestlers. Players can enjoy this game on all devices which features five reels and 25 pay lines. The interesting thing is that players will have a choice to pick between Normal and Power Up modes when playing. Power Up modes double their wager – but it also doubles their winnings.

The fun cartoon style of the game has its low paying symbols as the traditional cards. The higher pay symbols are represented by four different luchadors. There will also be two special symbols, the card girl and the referee, along with the wild. The Super Wild is randomly triggered at times, which can give 2x or 3x the win or even give two extra wilds on the reels. Power Up Mode increases the chance for a Super Wild to appear.

The bonus game will activate when three wrestling belts are landed. This will give players 10 free spins. It can be reactivated by landing more belts. Plus, any wild symbol activated during free spins will multiply a winning stake by five.

Hurray! There is a competition going between users of our site!
You have to do nothing, but browse out site, and win a daily prize. Click here to read more.
You current ranking:
Time Left: 23h 2m 42s
Gambling is for 18+ though some countries may have other restrictions...Remember you should always Gamble Responsibly
We use cookies to ensure that we give you the best experience on our website. If you continue to use this site you agree to allow us to use cookies, in accordance with our Terms & Conditions.Agree & Close