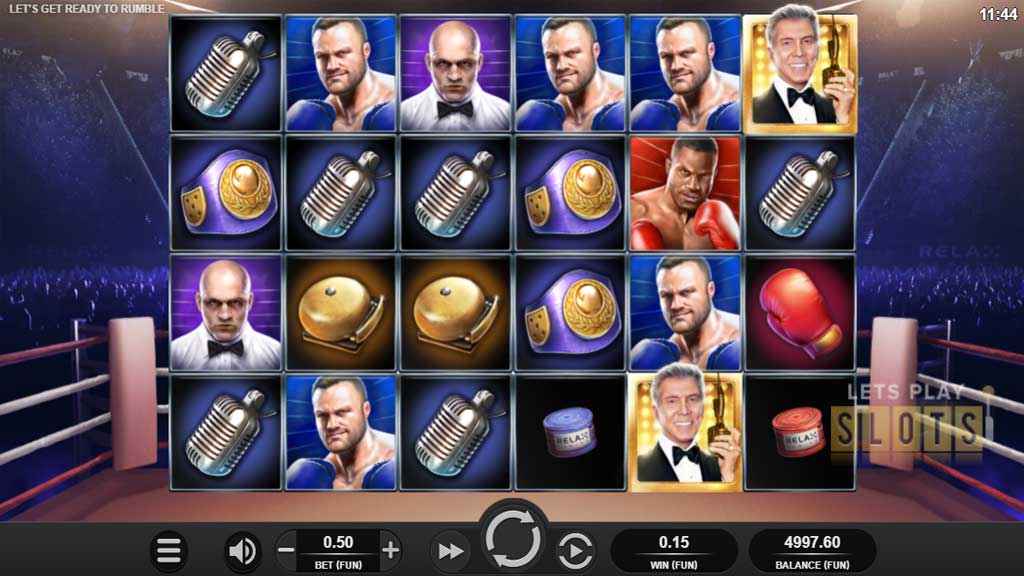 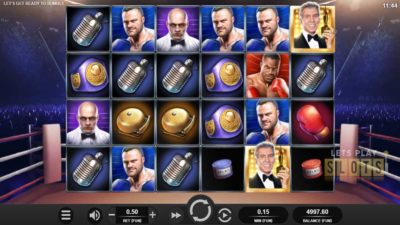 The roar of Michael Buffer going “Let’s get ready to rumble!” has captured the hearts of millions of boxing fans around the world.

Relax Gaming is taking that catchphrase to another level by using it as a basis for their first branded slot game. Featuring a boxing theme, the game will to get your pulse pounding as it takes players into the boxing ring.

Players will be taken into the center of the boxing ring with a packed crowd filling the background arena. The game features six reels and 466 paylines.

Players will try to score winning combinations and get at least three of the same symbol.

Some of the more valuable symbols that show up are a microphone, a bell, a glove, a belt, a referee, and two boxers. However, the most valuable symbol is the MC Michael Buffer. Players who get six of him on a payline will get up to four times their stake. Besides the main symbols, there is also a wild symbol.

Besides the basics, there are several features that will make the game even more fun. One of the more obvious features is the Rumble Spin. Every spin has a chance to trigger it and one of four features will be active.

The first Rumble Spin feature is the Cross Wilds. This adds between three to five wilds to the reels. Next is the Uppercut Wild feature which drops a stack of wilds on reel six. The third feature is the Wild Hook feature. This one drops stacked wilds to reel two or three. Finally, there is Title Fight feature. This adds two more rows to the game and increases the paylines to 1,436.

There are two more additional features. First, there is the Sticky Spin feature. This is triggered randomly when a player wins. This locks the winning combination and then spins the reels again. Players keep on spinning again and again until no more additional symbols are added to the winning combination. Another added feature is the Wild Stacks feature. This just turns entire reels into wild symbols.

Relax Gaming has done a great job with this first branded slot release. Players should give it a spin as they can get up to 2,389 times their stake!

Hurray! There is a competition going between users of our site!
You have to do nothing, but browse out site, and win a daily prize. Click here to read more.
You current ranking:
Time Left: 6h 15m 15s