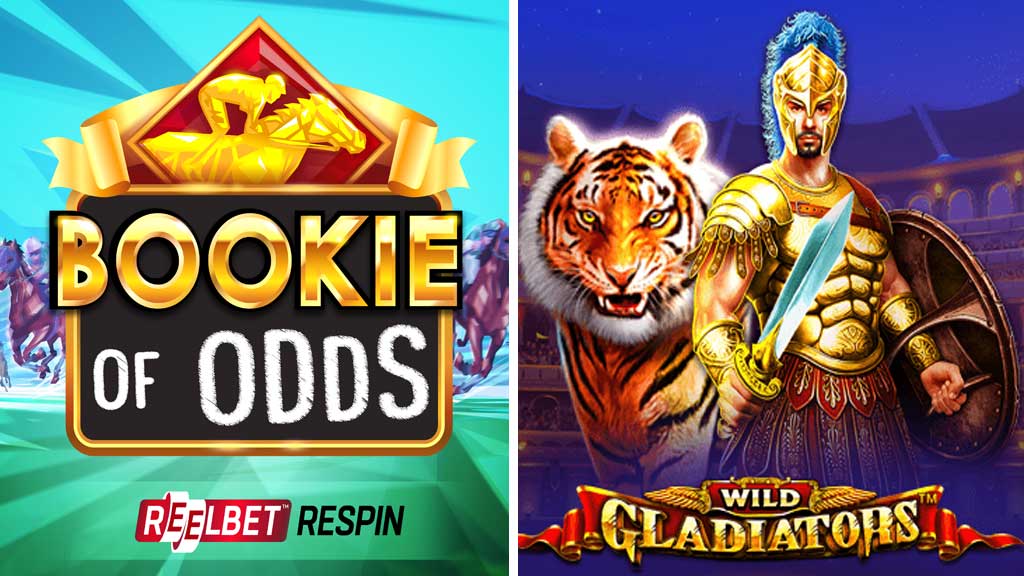 Experienced slot players are always looking for the latest game to hit the market as it offers them variety. They will appreciate the opportunity to play two new games from two of the best slot makers in the industry – Microgaming and Pragmatic Play.

‘Bookie of Odds‘ is Microgaming’s latest offering and delivers an interesting betting experience for players to enjoy. Pragmatic Play is offering players a chance to get into deadly combat with its ‘Wild Gladiators‘ slot game. 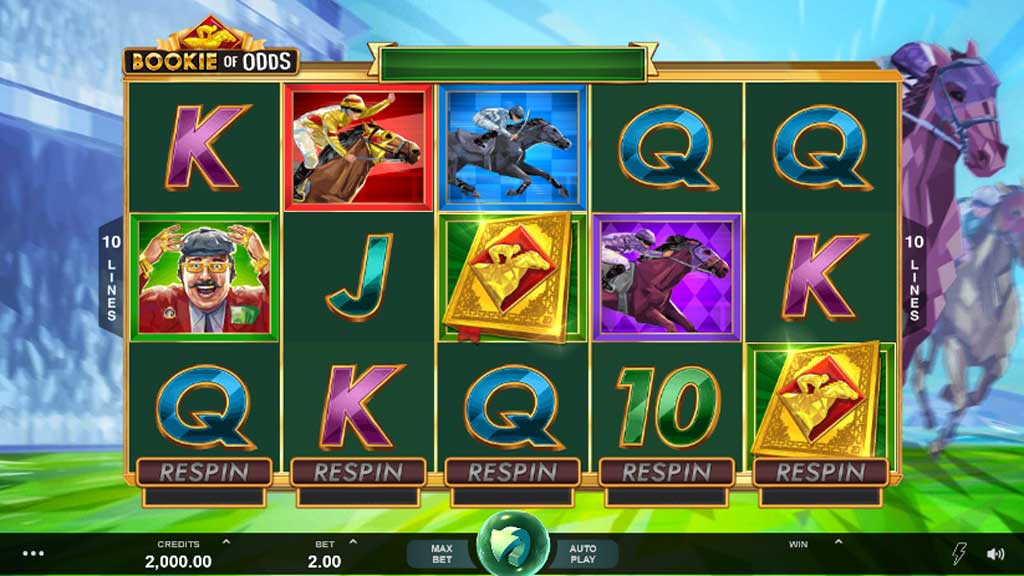 Bookie of Odds has a horse racing theme and offers players five reels and 20 paylines. The basic card symbols are there, but there are also race jockeys acting as the high-value symbols. The most rewarding symbol though is the bookie. If a player gets five bookies on a payline, they will get 500 times their original stake.

The most interesting feature this game has is its Respin feature. The game has a respin button under every reel. When a normal spin is done, players can press these respin buttons and that reel will spin again in hopes of getting a winning combination. However, these respins are not free.

Additionally, players will appreciate the bonus feature that is activated by the horse racing book. This symbol acts as both the game’s wild symbol and scatter. Get at least three of these and the Free Spins feature will activate. Depending on how many symbols were part of the winning combination, players can get up to 25 free spins. Additionally, one of the symbols will be randomly chosen to expand and take over an entire reel. 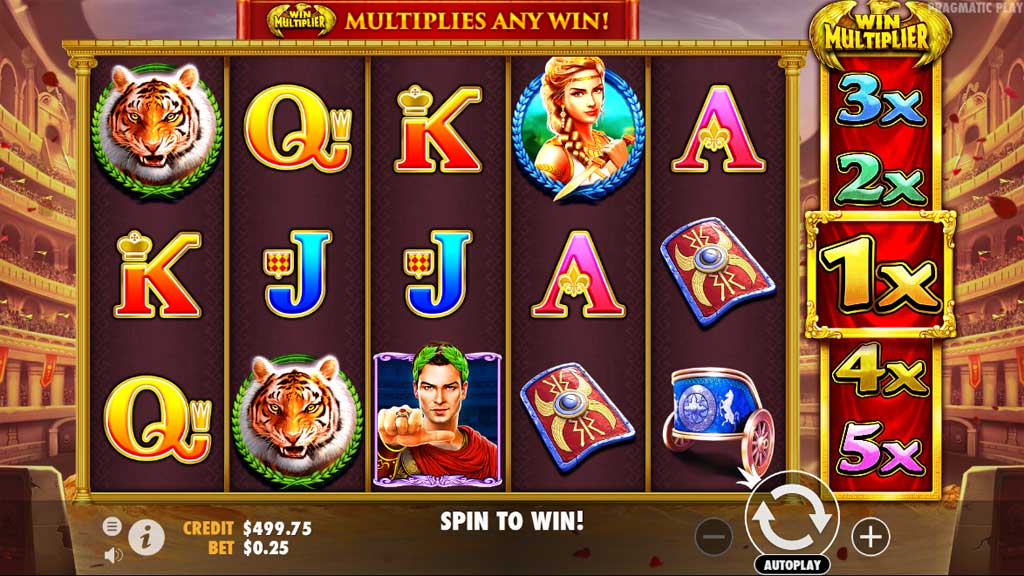 Pragmatic Play’s offering takes players to a gladiator’s bear pit and has them fighting for their lives. The game starts off as a five reel game with 25 paylines. The game features a special sixth reel that can be activated and can boost wins from the game by ten.

The basic card symbols are all there to act as the lower value symbols. There are also high-value symbols that include chariots, tigers, and more. The most valuable symbol is the Roman emperor. If a player gets five of it on a payline, they get 400 coins. The sixth reel is also there and when a winning combination is scored, players will get the bonus indicated on the reel.

There are two additional symbols. First is the gladiator symbol which acts as a wild. If a player is lucky and it lands in the middle, it will then expand. The Colosseum symbol is also there and acts as a scatter. If players get at least three of this symbol, they will get free spins.

Overall, both games look great and will provide players with an interesting gaming experience.

Hurray! There is a competition going between users of our site!
You have to do nothing, but browse out site, and win a daily prize. Click here to read more.
You current ranking:
Time Left: 20h 32m 28s
Gambling is for 18+ though some countries may have other restrictions...Remember you should always Gamble Responsibly
We use cookies to ensure that we give you the best experience on our website. If you continue to use this site you agree to allow us to use cookies, in accordance with our Terms & Conditions.Agree & Close