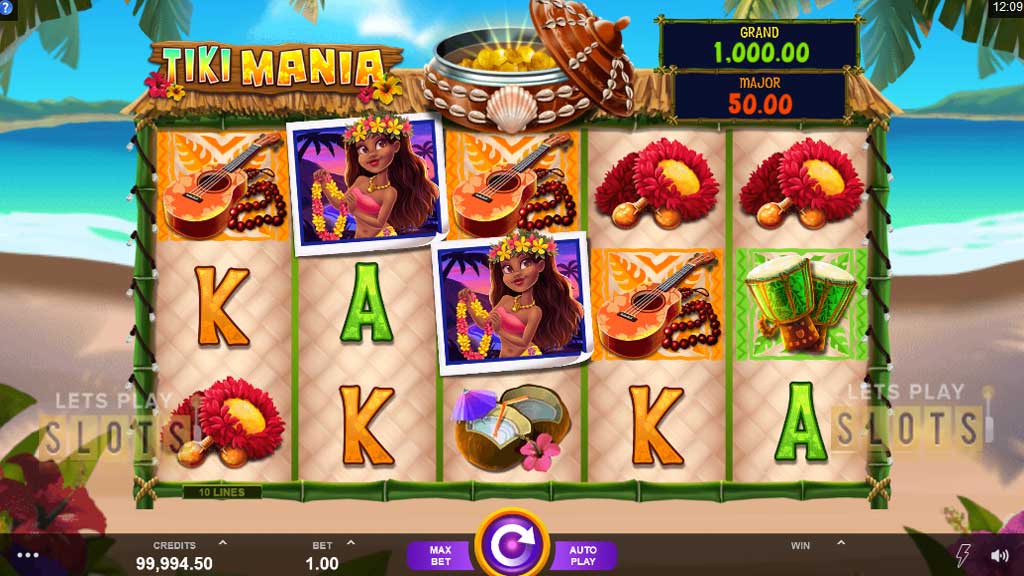 Microgaming Takes You Out To Polynesia With Tiki Mania Slot 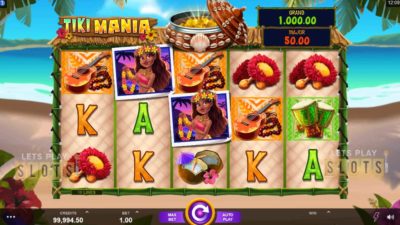 The Polynesian islands are a tropical paradise and are a great vacation spot. Most people don’t have the money to make the trip though and enjoy a relaxing vacation.

Fortunately, there are slots out there that can take you out to the islands, give you a good time and provide you with the opportunity to make some money in the process. Microgaming is doing just that in its latest offering called “Tiki Mania“.

When players start this game up, they will be shown an idyllic beach. Featuring five reels and three rows, players will also have 10 paylines to get a winning combination of symbols. The game has a good set of symbols that will keep things interesting all the time.

There are the low-value A, K, Q, and J royals but players should be aiming for one of the four high-value symbols. These include coconut cocktails, flowers, ukuleles and bongos. All of them have similar payouts, with five symbols giving 50 times the player’s stake.

The game does have a special symbol. The Red Tiki symbol acts as the wild. It only appears in the three middle reels and appears as a stack. It has a special feature of nudging the reel so that a full reel is occupied by wilds. Along with the nudge, players will get a respin with the Red Tiki reel locked in place. During these spins, the other Tiki colours appear and they act as wilds, too, while also providing multipliers. These wilds also act the same as the Red Tiki with the nudges.

The Red Tiki is the core of the game’s bonus experiences. Every time a player scores one of them, they collect coins. Players who collect enough coins will be able to trigger the Jackpot feature. Players get this after the respin is done. Players then get a chance at one of two jackpots. They can either get 50 times their stake or 1,000 times their stake.

Overall, Microgaming‘s Tiki Mania is a great game with interesting features that present players with some good chances of winning. Players should not expect to win big jackpots here but they can still make some good money if they get lucky.

Hurray! There is a competition going between users of our site!
You have to do nothing, but browse out site, and win a daily prize. Click here to read more.
You current ranking:
Time Left: 20h 9m 20s