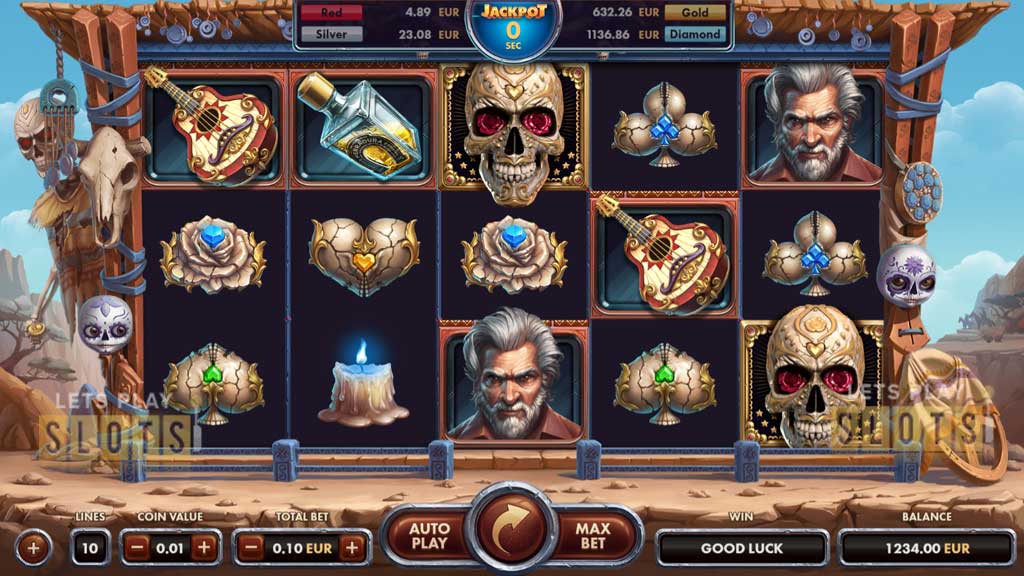 NetGame Brings Out A Unique Theme In “The Golden Skull” Slot 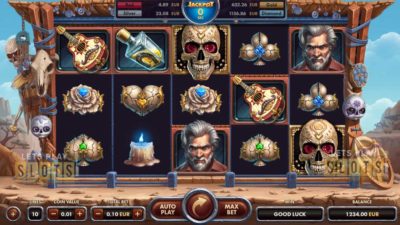 The Wild West and the Mexican Day of the Dead are two separate themes but NetGame Entertainment has done a great job in bringing the two themes together to create a unique slot titled ‘The Golden Skull’.

This game makes it happen by taking players to a Mexican bar to experience this special holiday with some interesting twists.

NetGame Entertainment is one of the smaller developers in the market but it is making a name for itself by coming out with some unique slots and their latest installment will help further their reputation.

The game features five reels and three rows with 10 paylines. The slot looks pretty good with 3D graphics and some rocking music. The game has an interesting set of symbols. The low-level symbols are the card suits, flowers and candles. Players can get a maximum of 125 times their stake with five of these symbols.

First, the Scatters can trigger the free spins feature. Players can get up to 20 free spins with this feature. If they get a minimum of three snakes anywhere, players will set off the feature. The fun thing is that with at least three scatters, the reels without scatters will get an automatic respin so players get a chance to get more scatters.

Besides the free spins, during this bonus, players will have access to a special wild symbol. It is the shot of tequila and the goal is to collect all five of them. This will begin a special shooting game. Players can then have a chance to win up to 20 free spins by shooting bottles and lamps. The limit is that a player only has six bullets.

Overall, this game is a pretty generous one and it does present players with a good mix of graphics and gameplay. Do give it a spin when it arrives at your favourite online casino.

Hurray! There is a competition going between users of our site!
You have to do nothing, but browse out site, and win a daily prize. Click here to read more.
You current ranking:
Time Left: 16h 8m 50s