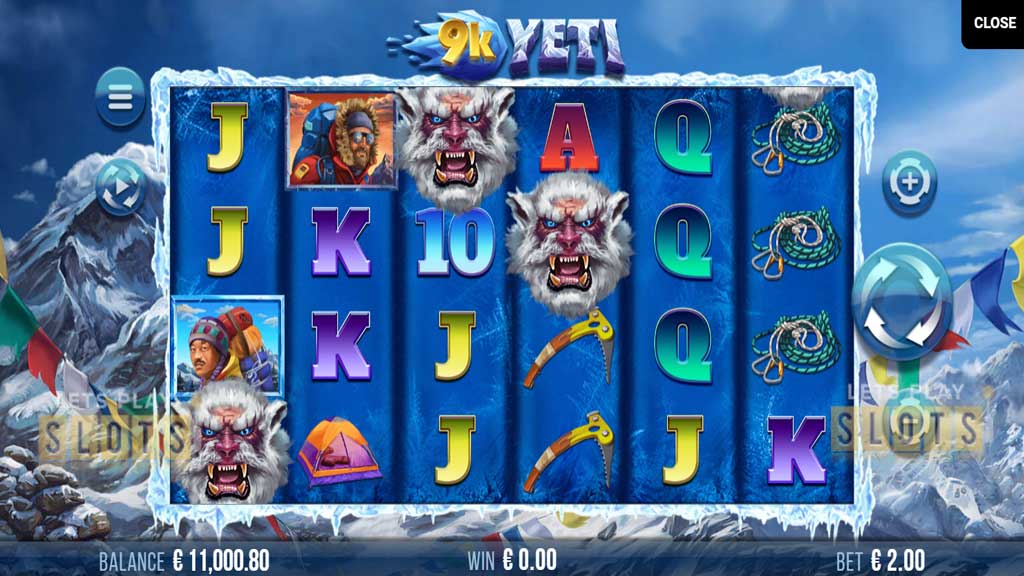 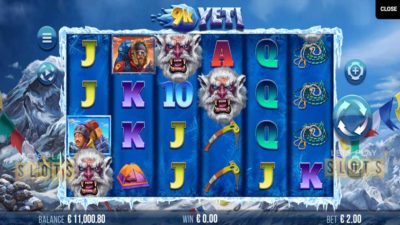 There are thousands of online slots available in the market and most of them come from a list of top developers. Slot players have gone accustomed to their style of design and themes which is why they are always on the lookout for a game that has been launched by a new developer.

4ThePlayer is a new developer who has brought something exciting to the market with their first slot titled “9k Yeti“. Players will immediately recognise the sight of Mt. Everest in the background as they go on an adventure to hunt the mythical Yeti.

For this game, payers will be working with six reels. Instead of the normal set of paylines, players will have 4,096 ways to win.

The setting is pretty obvious when you start it up, with the high peaks of Mt. Everest and the white landscape of the mountains. Plus, players can opt for Big Reel Portrait Mode when using their mobile, which makes the game more visible on their smartphone.

For the symbols, players will have the basic A, K, Q, J, and 10 royals. These will give out some low-level prizes. The game also has some fancier symbols. This includes climbing ropes, tents, ice axes, mountain climbers and their Sherpas. But what players should score is the Yeti. Players who get six of it in a winning combination get 8.8 times their stake.

Players should also be on the lookout for the Mount Everest symbol. It acts as the wild and can act as all symbols except the footprint scanner, which is the scatter symbol.

During the free spins, there are two wilds. Besides the Mount Everest symbol, there is also the Yeti symbol. The great thing about that is when players don’t win their spin, they have an additional chance. A snowstorm drops down and replaces a random amount of symbols into Yeti symbols. This can mean that a player can suddenly win.

The game itself is very volatile. Players can go from losing to winning quickly. The chances to win are pretty low but if players do win, they will be able to bring home big prizes. Overall, 4ThePlayer has done a great job with its first slot and players should give a spin or two.

Hurray! There is a competition going between users of our site!
You have to do nothing, but browse out site, and win a daily prize. Click here to read more.
You current ranking:
Time Left: 5h 24m 44s
Gambling is for 18+ though some countries may have other restrictions...Remember you should always Gamble Responsibly
We use cookies to ensure that we give you the best experience on our website. If you continue to use this site you agree to allow us to use cookies, in accordance with our Terms & Conditions.Agree & Close