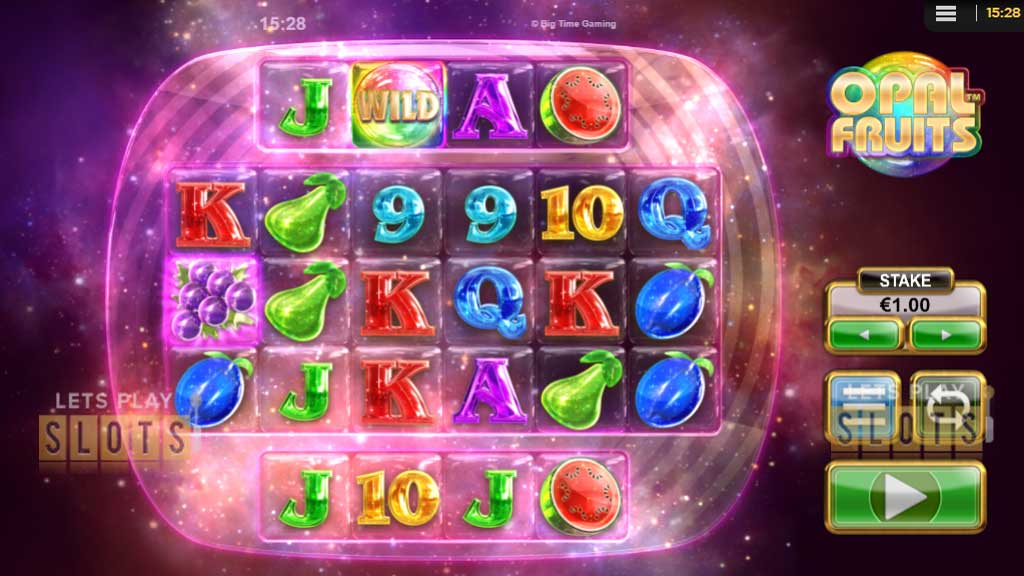 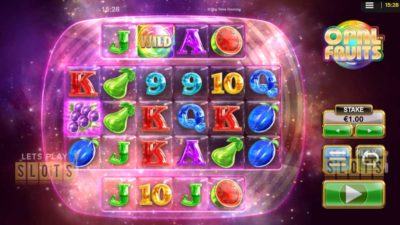 Big Time Gaming is all set to release its latest slot game called ‘Opal Fruits‘. This new slot is a retro game that features a space theme, despite the name. Players are welcomed to an outer space setting which features six reels and 5,625 ways to win. Though the developer is best known for using the Megaways Engine, this game features the new Triple Reaction engine which makes it an incredibly rewarding game.

When you launch the game, you will find that the six reels are set in front of an outer space backdrop. The reels are semi-transparent and arranged in a peculiar formation. The six reels will have the normal three rows while there are an additional two rows above reels two to five.

The game features low-paying card symbols and the more valuable symbols come in the form of fruits which include pears, plums, watermelons and grapes. Grapes are the most valuable of these symbols, with six of them paying out 50 times a player’s stake.

The game also features a wild symbol. This symbol replaces all symbols except for the scatter. This increases the chances of winning. Besides this, the wild has several special features. For one, if a player scores more than one wild, they get a multiplier. When they are found on different columns, they multiply each other. If they are on the same column, the multipliers are added. The total maximum multiplier can reach up to 1,296 times.

In addition, there is the Free Spins feature. To get this bonus, players will need to get golden scatters that spell the word: FREE. That gives players 10 free spins. If there is an additional scatter symbol when the free spins are scored, then players get a 5x multiplier to their free spins. Furthermore, two extra scatters will give players 10x multiplier.

During the free spins, players will experience the Unlimited Win Multiplier feature. Apart from this, for every 10 wins, players get an additional five additional free spins. This means that players can get up to 36,000 times their stake on each free spin.

Opal Fruits is an impressive game and the high variance of the slot can be very attractive. Players hoping for a big win should try this game out.

Hurray! There is a competition going between users of our site!
You have to do nothing, but browse out site, and win a daily prize. Click here to read more.
You current ranking:
Time Left: 4h 49m 2s