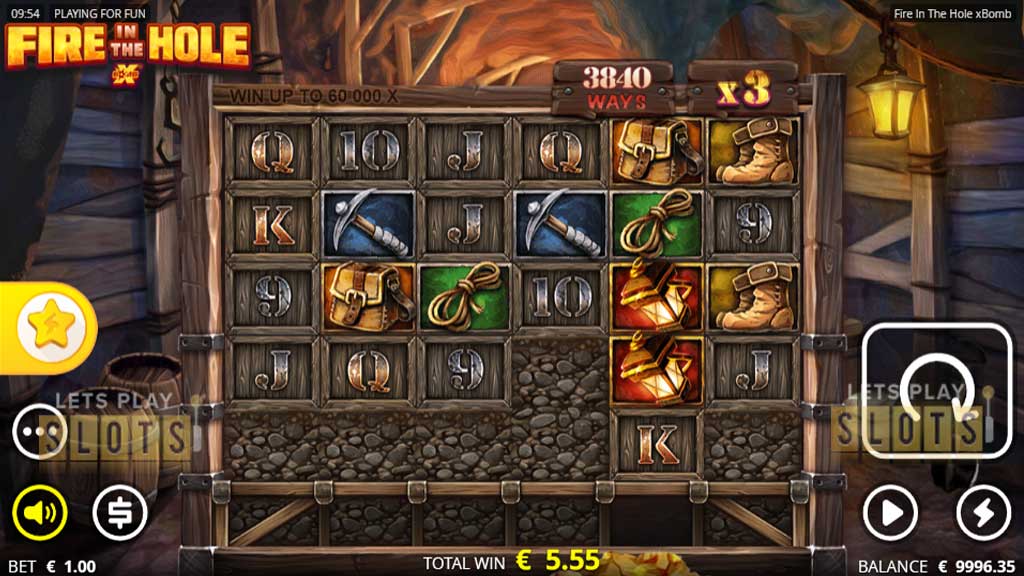 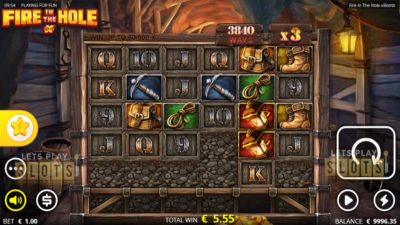 Miners drill deep into the recesses of the earth when they look for buried treasure. This is the concept behind the new “Fire In The Hold xBomb” slot game from Nolimit City. Players are taken deep into a mine and are shown what needs to be done to get access to the treasures hidden deep in the earth.

The developer has done a great job with the high definition graphics and has used some impressive sound effects.

Players are presented with a grid that is located deep in the mines. There are six reels and three rows visible in the beginning. Surprisingly there are 486 ways to win available to players. Game wagers are not as impressive. While it is nice that the game starts at $0.20, players are then limited only to $50 as their maximum bet.

Players will recognize the basic card royals. They are the low-level symbols that make up the bulk of the wins. Players will also have a chance to score the thematic mining tools which are the higher paying symbols. This includes ropes, bags, boots, pickaxes and oil lamps.

There are a couple of special symbols. A bomb detonator is the wild symbol while a gold nugget is the scatter. The most valuable normal symbol is the lamp, which pays out 7.5x the bet at six symbols.

A slot game isn’t complete without special features. First, there’s the Collapsing Mine feature. When players win, the mine expands. This means there are more symbols available. If players completely clear it, there will be six reels along with six rows. There will also be 46656 ways to win. For the win to contribute to the opening up of more reels, players need an xBomb Wild to explode or through the Wild Mining feature.

Finally, when players land the bonus symbols, they can get three extra spins with additional rows immediately unlocked. But for this bonus game, players will be hoping to score as many coins as they can. This can allow players to win big jackpots.

Hurray! There is a competition going between users of our site!
You have to do nothing, but browse out site, and win a daily prize. Click here to read more.
You current ranking:
Time Left: 5h 4m 52s