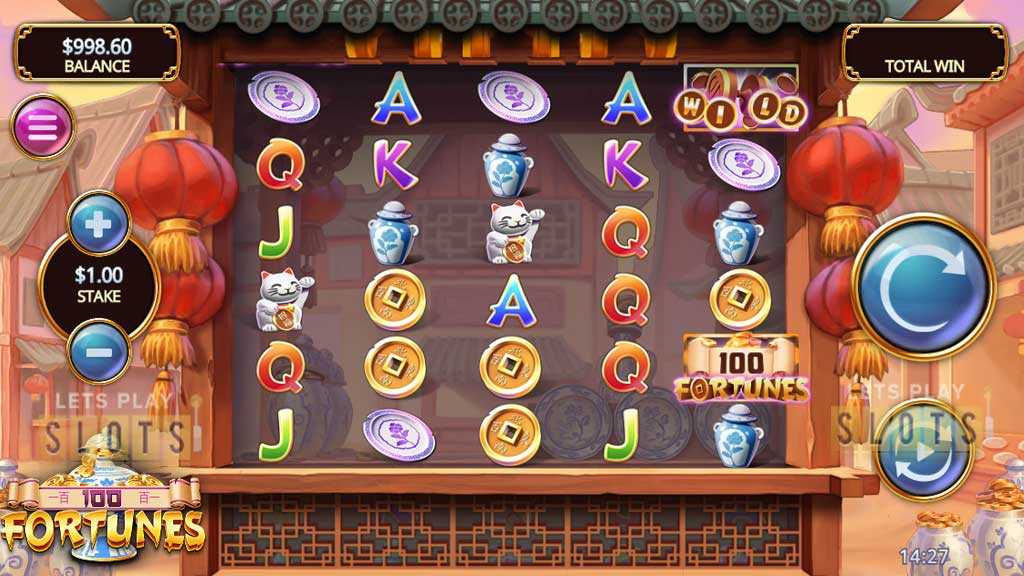 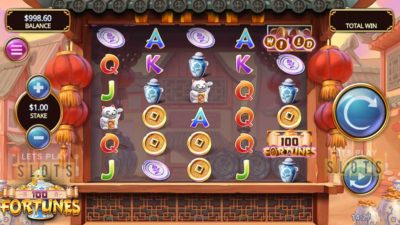 Chinese mythology is obsessed with the concept of luck. There are thousands of ways to get lucky and unlucky in the mysterious East and this makes for an excellent theme for a slot game. Northern Light Gaming has decided to go with these theme in its latest offering titled “100 Fortunes“. This is a nice little game that should be pretty fun for anyone planning to play it.

Northern Lights Gaming did some pretty good work here. Players are taken to an Oriental pavilion so that they can start spinning those reels. The music will quickly get players in the mood and the great graphics will keep players glued to their screens. This games works really well with mobile devices and hence it is a great game to play while on the move.

The game has the standard five reels but it does throw in something different into the mix. For one, there are six rows. Plus, the name 100 Fortunes is not just a throwaway reference. It refers to the number of paylines that the game can potentially have. The basic game only offers 40 paylines though.

The basis game is pretty simple and players won’t be able to win big on the basic level. But the real draw for this game is the big bonuses.

Triggering the bonus games will give players an extra 35 paylines. That is a big boost to a player’s potential wins. An additional 25 paylines can be activated during the game. There are three main bonuses active during this level. They mainly come from the Yo-yo Spins. There is always a random chance that the spin can trigger a bonus. If it does, the middle reel will have one of three bonuses activated.

First is a symbol swap, with one to three Yo-Yos dropping down to replace some symbols with special symbols. Second is a cascade. The Yo-yos drop down and remove any symbols in the way. This allows for more chances of winning.

Finally, players can trigger free spins. This is the main bonus being offered by the game, with 100 paylines available for each free spin. Players will need to mix in with scatters to be sure that they trigger it right. This will take them to a bonus game that will also determine the number of free spins they get. Players will also receive extra wilds and multipliers in this game.

Overall, this is a good game to try out and is definitely worth a few spins.

Hurray! There is a competition going between users of our site!
You have to do nothing, but browse out site, and win a daily prize. Click here to read more.
You current ranking:
Time Left: 26m 20s