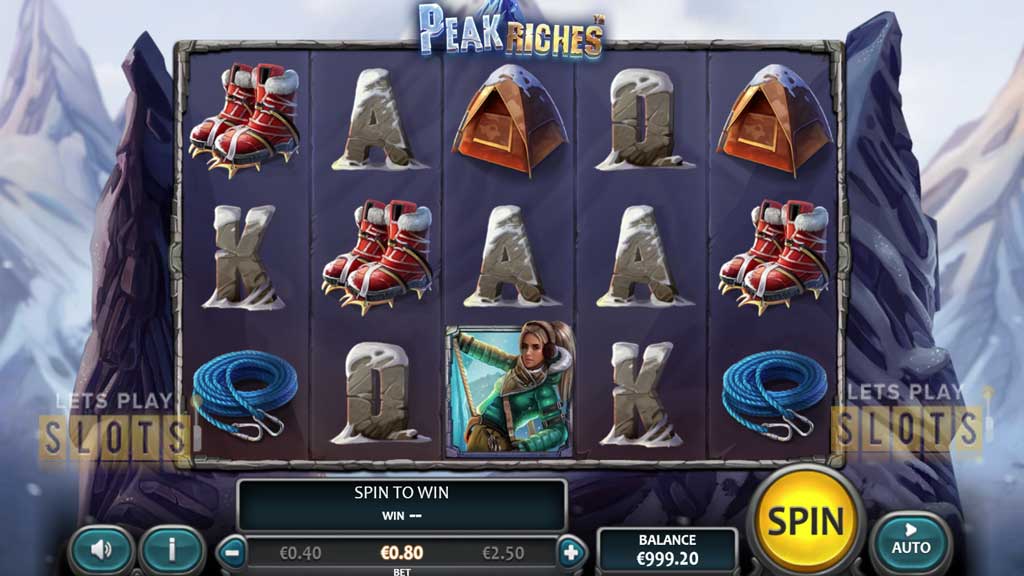 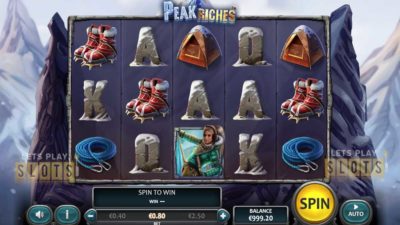 If you have a passion for trekking, climbing and seeing the world from a different point of view, you are going to like this new slot from Nucleus Gaming.

The high mountain peaks have always challenged the world and this is what makes them so tempting to climb.

Nucleus Gaming’s latest offering is called “Peak Riches” and turns players into climbers who look to reach the top of the mountains and claim the riches there.

The designers have done a great job with the images in the game which feature awesome mountains and have added a great soundtrack that makes it all feel epic.

Players are presented with five reels and three rows as the main grid for the game. Players then have 10 paylines to work with. That is the usual amount of paylines found in most slot games today.

Wagers are a bit low though. The spread is from $0.10 to $40 which is a lot lower than the average that players usually expect from modern slot games. The low betting range is not going to attract any of the high rollers.

The game’s symbols are an interesting mix. Players start with the royals and these are the lowest paying symbols. They only give out 0.5x the player’s stake. The next level is the boots and climbing rope. The most valuable symbols are the tent and ice pick symbols.

The game does have a few special features. One is the Forbidding Peak Wild. It substitutes for any regular symbol. Additionally, it also acts as the game’s scatter. Players can trigger free spins with it. The amount depends on the number of icons. The maximum amount is five and rewards 20 free spins.

Players can also trigger The Race to the Peak feature. This is a bonus round that has players hoping to collect various camp symbols. To trigger it, players will need to score a specific combination of camps and Forbidden peaks. The combination includes one Green Camp symbol, one Forbidden Peak, and one Red Camp symbol.

Players then get to choose one of two camps for the race. Free spins are then awarded to see whether a player can fulfill the Race. Players essentially win by filling up the Ascension Meter. Players need to get three winning spins to win.

If a player wins, they get the Winner’s Glory. This gives players one final spin and depending on the number of camps scored, players can get additional bonuses. Go ahead and given Peak Riches a few spins, when it shows up at your online casino.

Overall, this game is pretty fun while only rewarding low amounts.

Hurray! There is a competition going between users of our site!
You have to do nothing, but browse out site, and win a daily prize. Click here to read more.
You current ranking:
Time Left: 14h 26m 8s
Gambling is for 18+ though some countries may have other restrictions...Remember you should always Gamble Responsibly
We use cookies to ensure that we give you the best experience on our website. If you continue to use this site you agree to allow us to use cookies, in accordance with our Terms & Conditions.Agree & Close