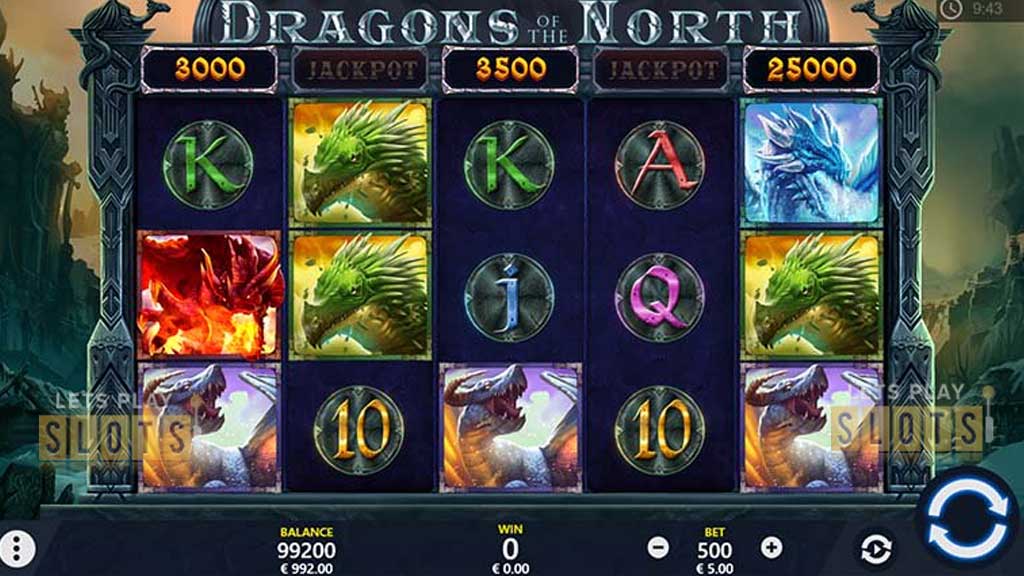 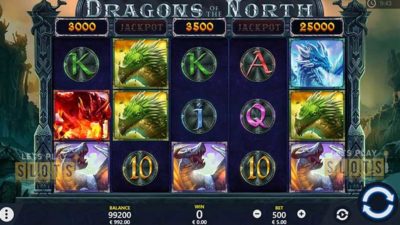 There are thousands of slot games released every year and one of the unique and special themes revolves around Dragons.

Slot lovers will be interested to know that Pariplay has developed a new game called ‘Dragons of the North’ which will hit online casinos in the coming weeks.

Whenever you work with a dragon theme, it is essential that you deliver quality graphics and animation and that is exactly what Pariplay has done with this game.

Set in a dragon kingdom, players will look to get winning combinations on its five reels and 50 paylines.

‘Dragons in the North’ is an interesting game that revolves around these fire breathing dragons. The low-value symbols are all the traditional card symbols from A to 10. The higher paying symbols are what players should be aiming for. There are four dragons in different colours. The red dragon is the most valuable of the four. It returns 10 times of the player’s stake if the player gets five of it on a payline.

There are also wild symbols that act as other symbols to help add more wins for a player. These wild symbols appear in a stacked formation. Players who land five wilds on a payline can get 20 times their original stake. Plus, wilds can move up and down depending on a random nudge.

One of the most interesting things about this game is that it has meters on top of each reel. The meters display a different symbol each time a person spins. Called the Dragon Egg feature, there is a special symbol that activates the meter to throw up something special for the players. There is a dragon egg symbol included in the reels and when it shows up, the symbol gives a multiplier boost to any of the symbols found above the reels. Besides acting as a bonus, it is also a wild.

When the dragon symbol shows up, it also triggers the awards found in the meters. There are cash prizes that are awarded instantly but what is really cool are the two extra bonuses. For one, there is the free spins feature. Players get 10 free spins as well as additional prizes and more free spins during this bonus game. The other bonus is the Jackpot Wheel feature.

Players get to play the wheel game and will have a chance to win jackpots, with the most valuable being 1000 times their stake.

‘Dragons in the North’ is a fun medium-variance game that has a pretty nice theme. It has great gameplay and offers some very solid bonuses.

Hurray! There is a competition going between users of our site!
You have to do nothing, but browse out site, and win a daily prize. Click here to read more.
You current ranking:
Time Left: 9h 48m 18s