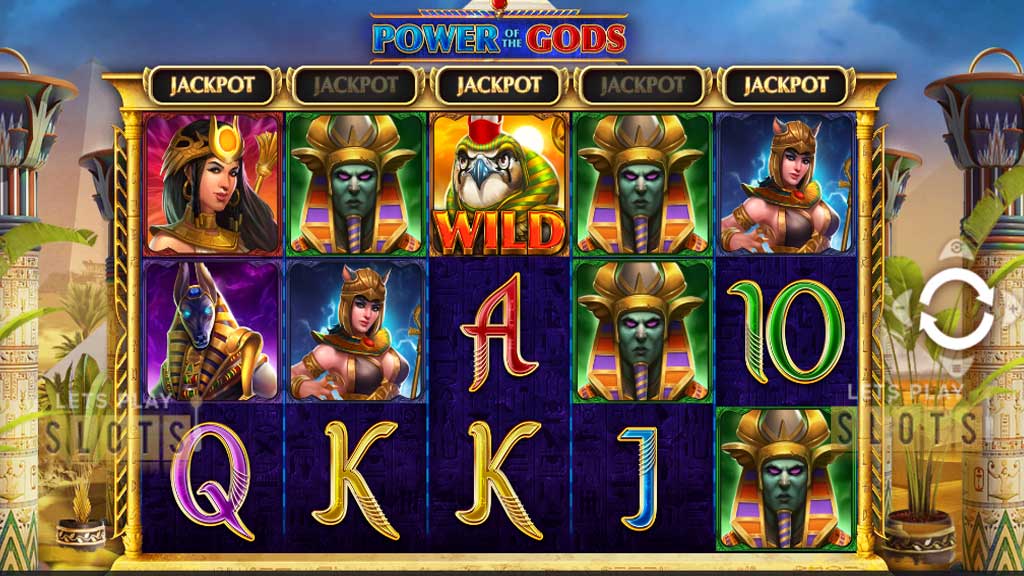 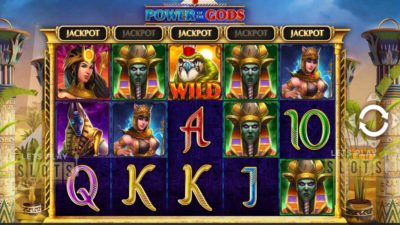 There are loads of slot games in the market that are based on Egyptian mythology. Players cannot get enough of these games and slot developers are happy to keep rolling them out. The latest Egyptian themed slot comes from Pariplay.

The developer has released its new “Power of the Gods” slot that has great graphics and a nice soundtrack make up for the unoriginal theme.

When this game starts, players are presented with colorful Egyptian columns flanking the usual grid of squares as the play area. There are five reels and three rows, which is the standard for most modern slot games. It has an impressive 50 paylines but this is offset by the low RTP of 95.99 percent.

As for the betting range, players will be able to wager from $0.50 up to $100. The high maximum will help attract high rollers who are not putt off the by the RTP. However, low rollers will think twice to play this game as they usually prefer a minimum betting range of $0.10.

The game’s symbols are the usual mix of card royals that represent the low-value wins. Players will only want to get these to get back some of their money. There are three premium symbols. They are Hathor, Anubis and Bastet. The most valuable of them is Anubis. Players can score 500x their stake if they have five of him on a payline.

While Anubis is rewarding enough, players can do a lot better. There are two special symbols for this. One is Horus that acts as the Stacked Wild symbol. The other is the golden falcon which is the game’s Scatter symbol while also being a Wild. Players can also score them and they can payout at a maximum of 1000x.

The Horus symbol is interesting since it can appear as a full stack of three wilds. That can result in a lot of wins in one spin. Players can also see it suddenly tilt in one direction to reveal more wilds. This can also create more chances of winning. It only substitutes for the regular symbols.

The golden falcon is a great wild because it also duplicates the Horus symbol, which makes it an even better option. Players can also trigger the game’s special features. The game randomly gives players either cash prizes, free spins, or a spin on the jackpot wheel.

Overall, Power of the Gods is an interesting slot game despite the unoriginal theme and the low RTP.

Hurray! There is a competition going between users of our site!
You have to do nothing, but browse out site, and win a daily prize. Click here to read more.
You current ranking:
Time Left: 8h 37m 13s