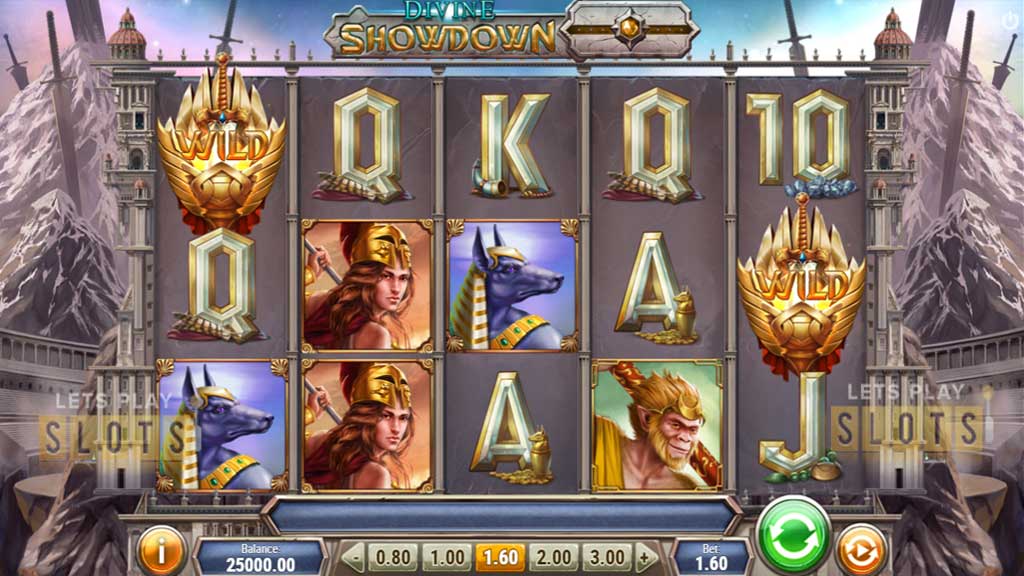 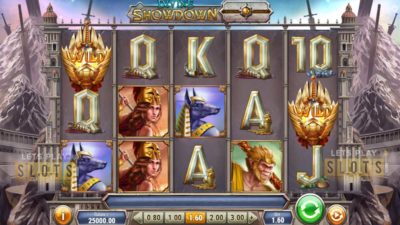 Various cultures from around the world have created myths and stories to explain the supernatural. As a result, we now have a multiple pantheons of gods. Now those pantheons clash in the latest slot game from Play’n GO. Players will have four gods go head-to-head as they battle it out for ultimate power. Players will be taken up with the graphics and gameplay in the new “Divine Showdown” slot.

When players start this game, they will immediately notice the unique theme and setting of this game. Located at the edge of eternity, the four gods who are part of this battle royale bring their powers to the fighting arena which has majestic mountains and temples dominating the backdrop. The game features five reels and 20 paylines.

The goal of the game is to match winning combinations of symbols and there are several to play with. The basic A, K, Q, J and 10 royals are included but players will want to get the big prizes by scoring one of the four gods Wukong, Anubis, Athena and Thor. Thor is the most valuable of the four and players can get 16 times their stake.

There are also a couple of special symbols. There is the sword symbol which acts as the wild. It substitutes for most of the symbols except for the scatter. Players will be able to get 20 times their stake if they score five of it. There is also a scatter symbol for special rewards.

A slot game would not be complete without special features. For example, there is the Multiplier feature. During every spin, there is a chance that a multiplier can apply to it. This will be displayed on top of the reel. This can range from 2x to 10x.

The gods themselves can also interfere. On a winning spin, players can randomly give out free spins with special powers. Depending on the god involved, there are different effects. Wukong will add wilds to the reels, while Anubis will transform one or two symbols into wilds. Athena will synchronise three reels to have the same symbol. Finally, Thor will convert all the god symbols into Thor symbols.

Players can also get free spins the usual way by scoring three scatter symbols. Players then get to pick one of the gods that will fight for them. Players either get a free spin every turn or they have to fight another god. God fights are simple. After a spin, the god with the most symbols wins. Free spins with the god are the same as their normal powers. The free spins continue as long as a player has three lives, which means they can be defeated only three times.

Overall, this is a fun little game with big prizes waiting to be won!

Hurray! There is a competition going between users of our site!
You have to do nothing, but browse out site, and win a daily prize. Click here to read more.
You current ranking:
Time Left: 20h 15m 20s
Gambling is for 18+ though some countries may have other restrictions...Remember you should always Gamble Responsibly
We use cookies to ensure that we give you the best experience on our website. If you continue to use this site you agree to allow us to use cookies, in accordance with our Terms & Conditions.Agree & Close