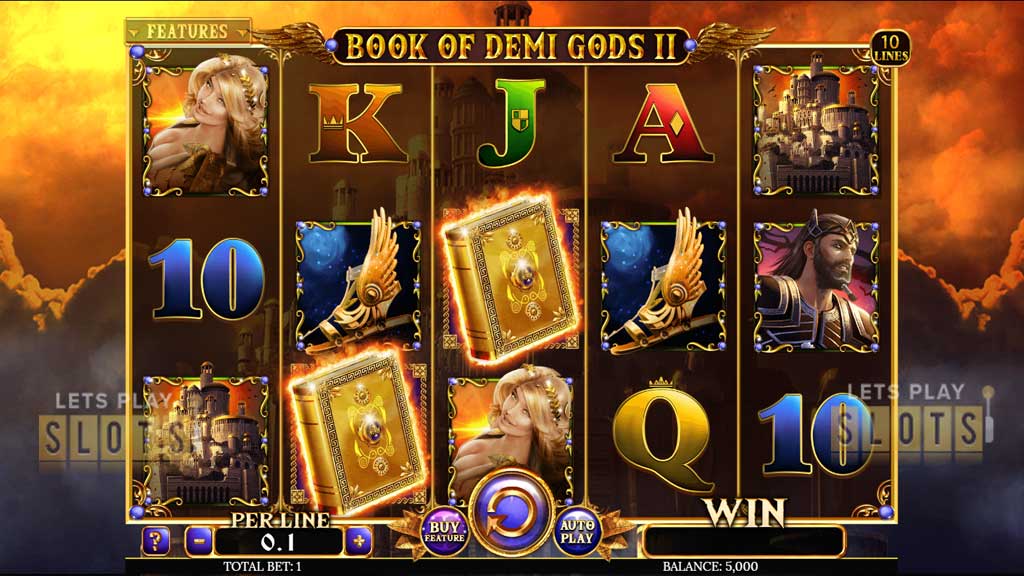 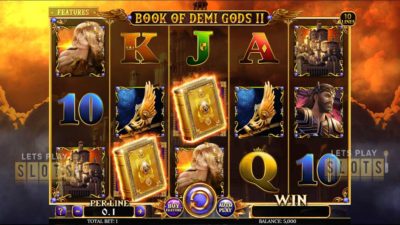 Spinomenal had a lot of success with its “Book of Demi Gods” and decided that it was time to bring out a sequel.

The new released is titled “Book of Demi Gods II” and players will be on a quest to get the favor of the gods. Spinomenal has done a good job with this sequel and players who enjoyed the original will be delighted with this new release.

Those familiar with the original slot, will find the new slot very similar. There are some small updates which includes better background visuals of the castle up in the clouds is excellent.

However, a lot of the graphics and the background music remain the same – which can be comforting or disappointing, depending on what you were expecting from the sequel.

If you are one of those players that loved the original and want more of the same, then this game certainly delivers. For first time players, the game is pretty enjoyable. The game has the usual 5×3 grid and 10 paylines to play with. The mix of symbols is the same, with card royals representing the low-value cards while the more valuable symbols are the thematic ones like the God and Goddess symbols.

The usual way to win is to have three of the same symbol on a payline. But the thematic symbols only need two to get a win. This should help make things easier for players. With an RTP of 95.9 percent, it is pretty low but there is always a chance for an explosive win thanks to the high volatility of the game.

Players can also use the various special features to their advantage. For example, the Golden Book symbol is the game’s Scatter symbol. Lucky players who get five of it on a payline will get 250 times their stake. But players will get something even more special if they get at least three free spins.

When this occurs, a free spin session of 10 rounds starts. During every spin, the game randomly picks a symbol that will be their Expanding Symbol for the round. When it shows up, the symbol will expand and cover entire reels during the Free Spins round.

Players don’t even have to be super lucky to progress in this game. If they have the money they can buy a round of free spins by clicking on the Buy Free Spins button.

Overall, Book of Demi Gods II will give players a fun time, so do give it a few spins!

Hurray! There is a competition going between users of our site!
You have to do nothing, but browse out site, and win a daily prize. Click here to read more.
You current ranking:
Time Left: 11h 58m 9s