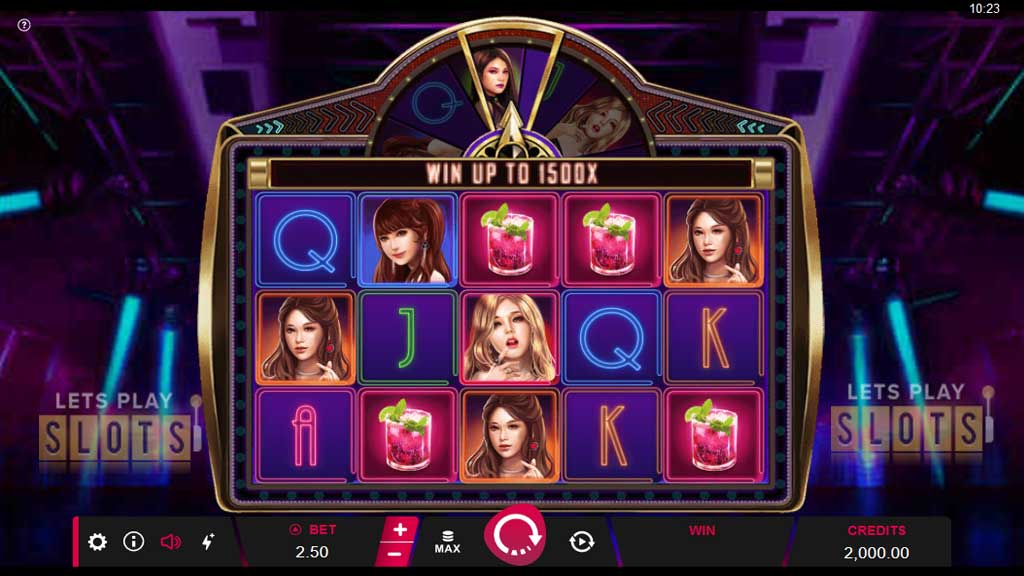 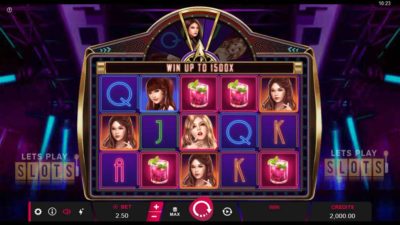 If you are looking to party and have fun in a virtual world, then you got to try out Pulse 8 Studios latest online slot called “Ladies Nite 2 Turn Wild“. The game focuses on an eventful night for some special ladies who want to have fun. As a player, you get to be a part of this special party and interact with the ladies.

When players start this game up, they will be taken to a party in a dark nightclub, with neon lights everywhere. Combined with a pulse-pounding soundtrack, the game gets players into the mood.

The setup of the grid is the basic 5×3 grid layout and it has 25 paylines so that players have a pretty good chance of winning. The game also has a pretty low betting spread.

The minimum bet is 0.25 credits and the maximum is around 50 credits. It does make up for it with a large maximum payout of 1,500x the player’s stake.

Several special features in this game involve the Wild symbol. In Ladies Nite 2 Turn Wild, the Wild symbol comes in the form of a disco ball and it can act as any other symbol in the game. When players score a combination, they can trigger a Wild Wheel. This randomly selects a random symbol that becomes a Wild symbol for the rest of the session.

There is also the Wild Multiplier. It acts as the normal Wild symbol but it can be better. Since it allows for players to win easily, they can also get a big bonus if the Wild is part of the winning combination. When this happens the chances of winning increases and the respin feature gets activated more often.

When a player wins a spin in this game, the winning combination is locked and all the other symbols spin again. Players can potentially keep on spinning as long as they are winning. Overall, it is a pretty good game and is definitely worth a few spins for players to see if this is the kind of party they would like to be at!

Hurray! There is a competition going between users of our site!
You have to do nothing, but browse out site, and win a daily prize. Click here to read more.
You current ranking:
Time Left: 20h 48m 45s