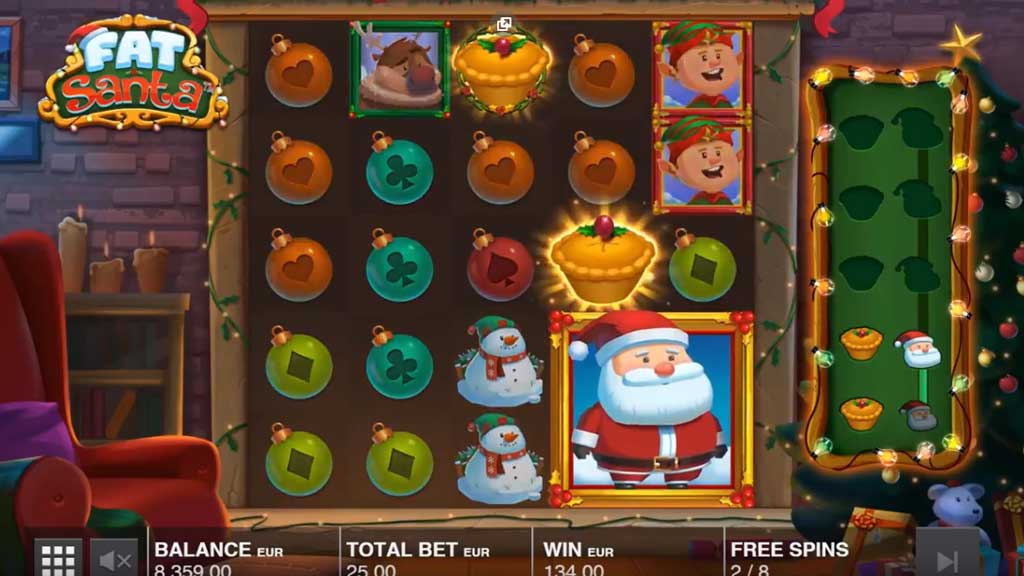 Push Gaming Releases “Fat Santa” In Time For The Holidays 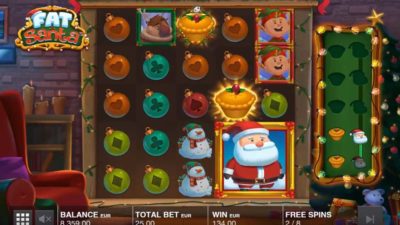 Push Gaming is hoping to add a bit to that Christmas cheer by releasing their new slot game ‘Fat Santa’. This five reel, 25 pay line slot game showcases Santa in all his red-clad glory as players try to get on his good side by feeding him pies, hoping to get a whole ton of special prizes. ‘Fat Santa’ is expected to be released on November 27 but there are a couple of online casinos out there that have exclusive rights to launch the game in advance.

The moment players launch this game, they will run into the Christmas theme head-on. The game takes players into a winter wonderland, has some great bells and whistles going on in the background to give it that perfect Christmas feel. As the snow falls in the background, players will look to score winning combinations.

There are two types of symbols. There are the basic card symbols which act as the low-paying symbols. Players need to match at least three of these symbols to get some consolation prizes. What players are really hoping for is to get the higher paying symbols like the elf, reindeer, presents and the Christmas tree. There’s a special feature that takes place during the basic game. It’s the Santa’s Sleigh feature. When players are spinning the reels, sometimes Santa drops in. When he moves across the screen, he randomly drops Christmas pies. When the reels stop, any symbol landing underneath a pie is replaced by it.

What’s so important about the pie? In this game, there are two wild symbols. One is Fat Santa and then there’s the Christmas pie. Both act as wilds, although the pie symbols cannot replace a Fat Santa symbol. This is big since it increases the chances of a player getting a winning combination.

What’s really impressive about ‘Fat Santa’ is when players land a ‘Fat Santa’ and one or more Christmas pies. This is what triggers the bonus game. Players get five free spins and they are hoping to get Fat Santa to eat a lot of Christmas pies. Whenever a pie symbol lands, Santa goes and eats it.

The great thing about this is that the more pies that Santa eats, the bigger the symbol becomes – which means more wilds. Players also get more free spins for more pies. The result is that Santa can dominate several reels which allow players to have higher chances of winning.

Fat Santa is a nice little holiday slot that features a fun little bonus game. Players will have fun playing this slot during the holidays with Push Gaming.

Hurray! There is a competition going between users of our site!
You have to do nothing, but browse out site, and win a daily prize. Click here to read more.
You current ranking:
Time Left: 1h 43m 27s