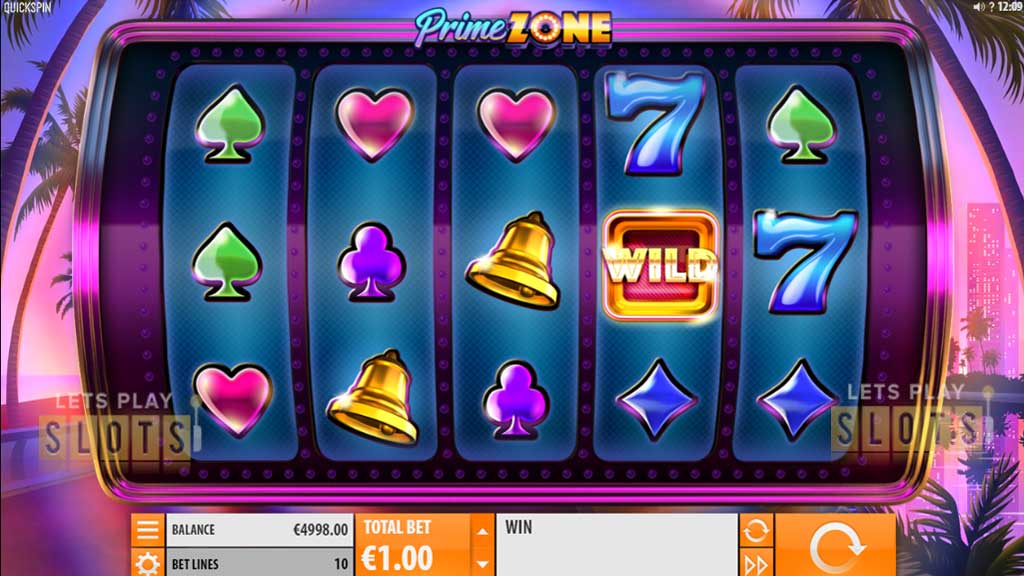 QuickSpin Takes You To Las Vegas With “Prime Zone” 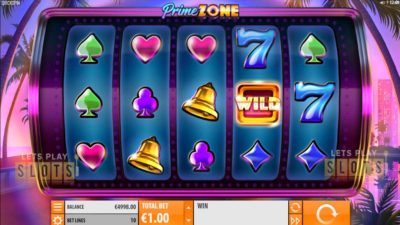 The city of Las Vegas fascinates gamblers like no other place in the world. Casino game developers from around the world have used the Las Vegas theme in their games and online casinos to give players the feel of playing in Las Vegas.

The latest slot game developer that has used the Las Vegas theme is Quickspin. The developer recently came out with a new slot called “Prime Zone”

Prime Zone focuses on getting players hyped up to gamble in a Las Vegas style environment. Players will be greeted with a great image of the Las Vegas skyline and a cheesy soundtrack that fits really well into the Las Vegas theme. The game by itself is pretty basic and offers five reels and 10 paylines.

Scoring combinations will require three or more symbols on a payline. The low-value symbols for this game are the four card suits: diamonds, clubs, spades and hearts. The more valuable symbols are symbols from traditional slot machines. This includes golden bells, diamonds, blue 7s and red 7s. The most valuable of them is the red 7s. Players get 50 times their stake if they get five on a payline.

There is also a neon multiplier wild that can substitute as other symbols except for the scatter. Players who score five of it can get 100 times their stake. The great thing about this symbol is that if two wild or more wilds are part of a winning combination, they give a multiplier to the win. This equals to the amount of wilds in the combination.

The game also offers a red bonus symbol which is the scatter for this game. Players who get three of them on a payline then get to trigger the Prime Zone Bonus feature. Players get seven free spins. They are also given a chance to pick one of four options that involve a Prime Zone appearing on the reels.

Thanks to the different multipliers in the game, players can win large amounts if they get lucky. The maximum is 2,685.5 times their stake on a free spin. Overall, it is a fun game and worth checking out.

Hurray! There is a competition going between users of our site!
You have to do nothing, but browse out site, and win a daily prize. Click here to read more.
You current ranking:
Time Left: 20h 18m 35s
Gambling is for 18+ though some countries may have other restrictions...Remember you should always Gamble Responsibly
We use cookies to ensure that we give you the best experience on our website. If you continue to use this site you agree to allow us to use cookies, in accordance with our Terms & Conditions.Agree & Close