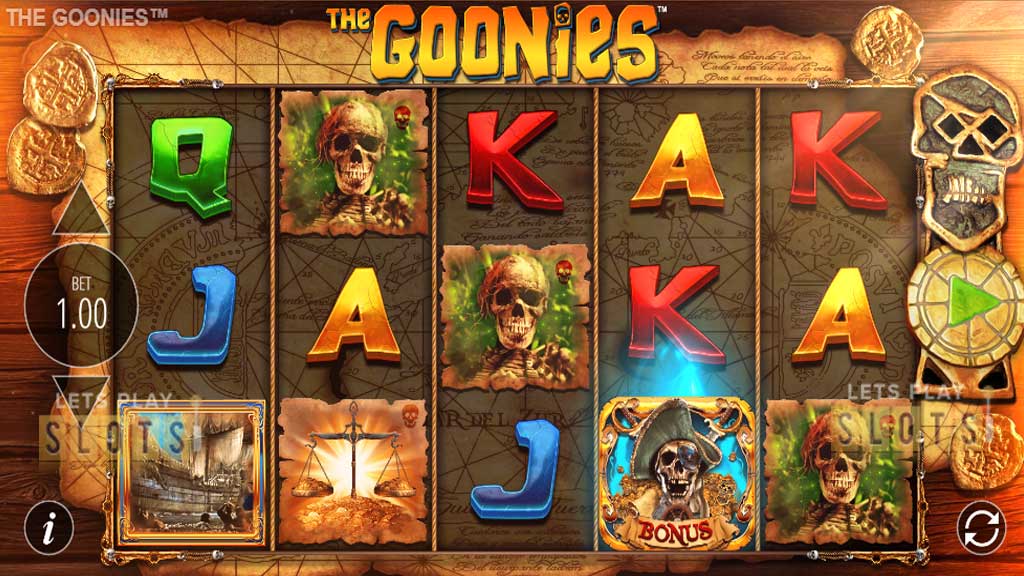 Relive The 80s With Cult Classic “The Goonies” Slot Game 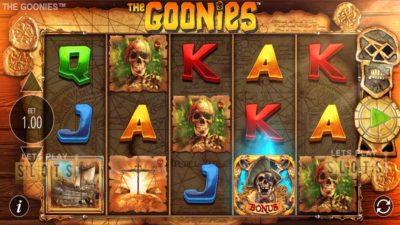 Are you a big fan of the cult hit movie ‘The Goonies’? This family-friendly children’s adventure resonated with young people across the world back in the 80s. Now, many of those fans can play the latest slot game from Blueprint Gaming and have a bit of nostalgic fun with Mikey, Data, Mouth, Chunk and Sloth.

The new slot is called ‘The Goonies’ and is a progressive jackpot game which is sure to thrill slot lovers from around the world.

Player will start this game with some classic Goonies imagery which continues to feature throughout the game. The game is available on all devices and has five reels and 20 paylines. The goal of the game is to get a combination of symbols.

For low-value prizes, you can go for the A, K, Q, and J royals. But if you really want to win big, then you will need to score some of the more valuable symbols.

This high value symbols include One-Eyed Willy skeletons, scales with gold coins, pirate flags, pirate ships and treasure chests. The most valuable of these is the pirate flag. Players who get five in a combination get 50x their stake. Players will also have a chance to score the wild symbol which is the medallion. It is just as valuable as the pirate flag.

Players will also experience six bonus features as they play this slot. They are triggered when One-Eyed Willy’s Riches symbol appears. Players then receive one of the six minor bonuses. This includes giving players more wilds, additional symbols, and a sure winning combination. Besides that, players who lose a spin will have a chance to turn it into a winning one. A scythe randomly appears to reset the reels to give players a win or players will witness a cave collapse which signifies a sure win.

The bonuses get even fancier if three or more One-Eyed Willy bonus scatter symbols appear. This gives out special prizes like free spins, wild symbols showing up, bigger prizes, and access to even more bonuses.

The real draw though is the progressive jackpot. As part of the Jackpot King network, players have a chance at a super jackpot that will change their lives. When players score five Jackpot King Deluxe symbols on any spin, it triggers the chance to collect crown symbols. Players who collect 15 or more crown symbols get a Spin in the Wheel King section, which will determine their big prize.

Overall, The Goonies Jackpot looks fun and is an awesome game!

Hurray! There is a competition going between users of our site!
You have to do nothing, but browse out site, and win a daily prize. Click here to read more.
You current ranking:
Time Left: 6h 21m 43s