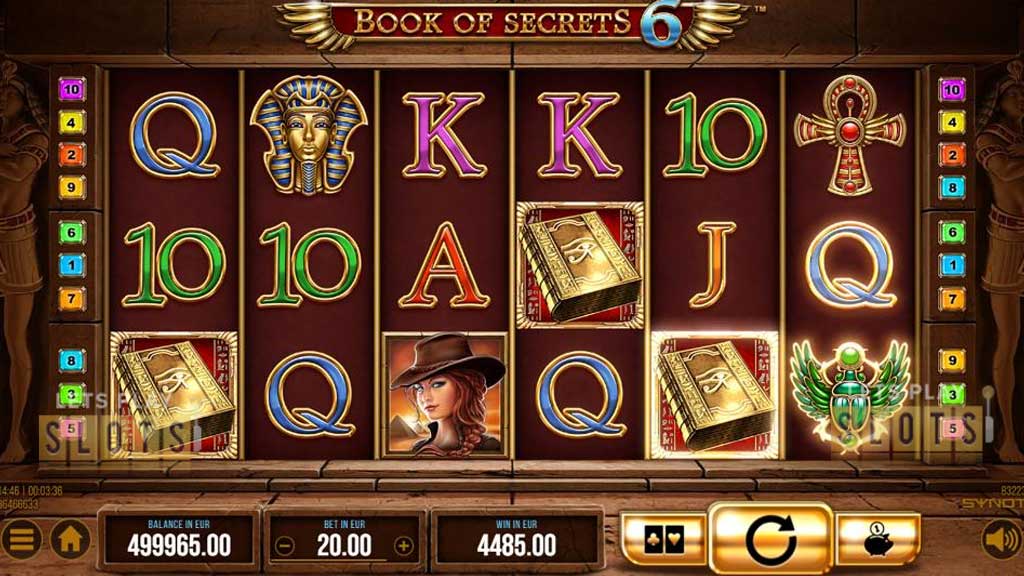 Reveal The “Book Of Secrets 6” With The Beautiful Treasure Seeker 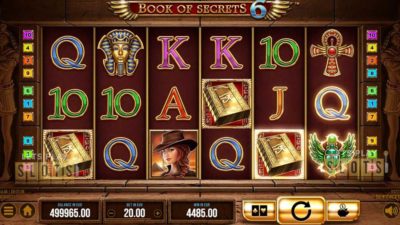 SYNOT Games has had a lot of success with its popular slot game franchise Book of Secrets. The popularity is very obvious from the number different releases in this series.

The developer is now coming out with another release titled “Book of Secrets 6“. Once again players will be responsible for guiding the beautiful treasure seeker through the tomb of Pharaohs to seek their treasure.

When players start this game up, they are taken deep into the tomb of Pharaoh and it will be up to them to try and decipher its secrets. The central grid is placed between two massive statues and features six reels and three rows. There are 10 fixed paylines to work with.

The betting range in this game is not impressive. Those who want to bet big will hate the $20 max cap that the game has. The minimum bet of $0.12 does work and allows for a lot of novice players and those with limited bankrolls to keep spinning the reels.

The game’s symbols are the usual mix for a Book of Secrets game. There are the card royals for the low value symbols and then the various artifacts like the ankh and scarab make up the higher paying symbols. The most valuable of the set is the female explorer. She pays out a 750x reward when there are six of her on a payline. The familiar Book of Secrets returns as the Wild and Symbol of the game.

Players will enjoy all the bonuses that the game has to offer. First, there is the gamble feature. Players who win any spin get to double their winnings by playing a mini-game. They can choose to be happy with their current win level or risk losing the win to a quick game of cards.

Next, there are the free spins. Players who score the Book of Secrets by landing three or more of it will get 10 free spins. Before these bonus spins start, a random symbol is selected. When it lands, it will expand and cover the entire reel. Additionally, these symbols don’t have to be on a payline for you to win.

Even if players do not score the Book of Secrets, it is still a wild and increases the chance of a win greatly. Book of Secrets 6 has an RTP of 94.1 percent.

Hurray! There is a competition going between users of our site!
You have to do nothing, but browse out site, and win a daily prize. Click here to read more.
You current ranking:
Time Left: 2h 5m 42s