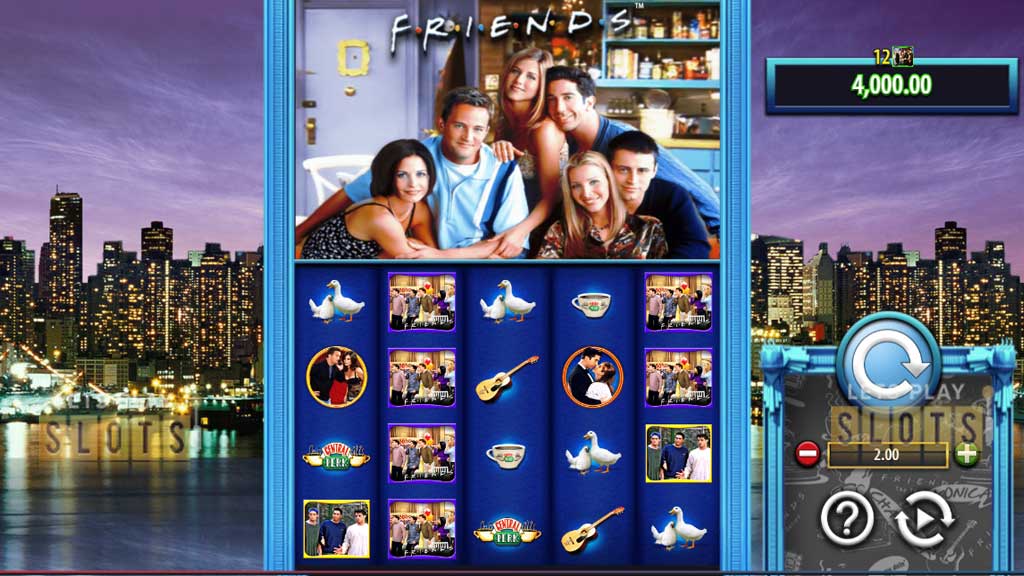 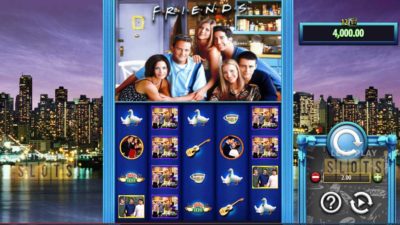 When the iconic ‘Friends’ sitcom came to an end, millions of fans around the world were left disappointed as they had gone accustomed to spending their evenings with Chandler, Ross, Joey, Phoebe, Rachel and Monica.

Fans have eagerly waited for the producers to announce a comeback season but that hasn’t happened. However, WMS has decided to meet the demand by coming out with a new slot game ‘Friends’ which is based on the TV show. The game features 5 reels and 40 paylines. Players have the option of trying it out for free as well as playing for real money.

Playable from 50p to £100 a spin on all devices, the game boasts plenty of bonus features, among them fixed jackpots, mystery stacks, free spins with 3x multipliers, and more – as well as highlighting hilarious clips from the classic 90s sitcom.

Players are sure to get a shot of nostalgia with the popular ‘I’ll Be There For You’ soundtrack playing as they spin the reels. The New York City skyline serves as the backdrop and the many symbols make sure you are taken back in time to some of the most famous episodes of Friends.

Some of the symbols include Phoebe’s guitar, Joey’s birds, Monica’s infamous turkey, Monica and Chandler on the phone, Ross and Rachel kissing, all 3 men (Joey, Chandler and Ross), all 3 ladies (Monica, Rachel and Phoebe) and all 6 cast members. Landing on the complete motley crew’s group shot gives you 0.8 times your stake for 5 on a payline.

The game features a wild, which shows all 6 of the cast members huddled together, and can replace all symbols, apart from the Wheel Bonus and Jackpot Wild symbols. Players will get up to 10 times their stake if they get 5 on a payline.

A Jackpot Wild also substitutes for all symbols except the Wheel Bonus symbol. Landing a full stack of Jackpot Wild symbols on reels 2, 3, and 4 will trigger the Jackpot feature – which will give you a payout of 2,000 times your total stake. A Mystery Stacks feature also enhances a players’ wining potential.

The highlight of the Friends slot though is its Wheel Bonus feature, which can be entered when a player gets 3 full stacks of Wheel Bonus symbols on the 3 middle reels. A player then receives 1 spin of the wheel where they will get 12 wedges. Here you can win cash prizes as well as gain access to some hysterical scenes from the classic sitcom, among them the Thanksgiving Bonus feature (get 10 free spins with a 3x multiplier) and Wedding Bonus feature (get 10 free spins with persisting sticky wilds) among others.

Don’t forget to check out ‘Friends’ when it comes to your favourite online casino!

Hurray! There is a competition going between users of our site!
You have to do nothing, but browse out site, and win a daily prize. Click here to read more.
You current ranking:
Time Left: 5h 32m 4s