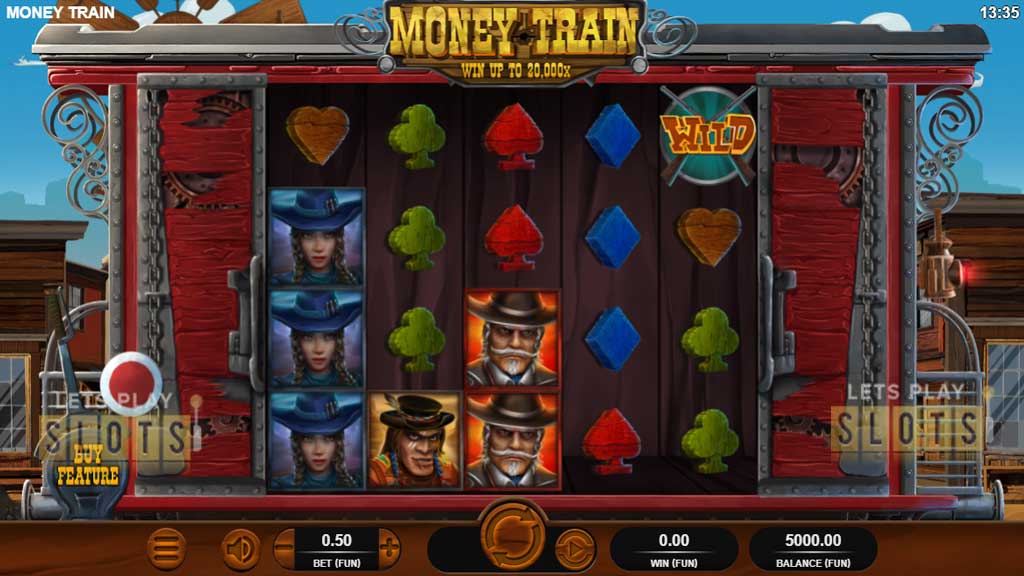 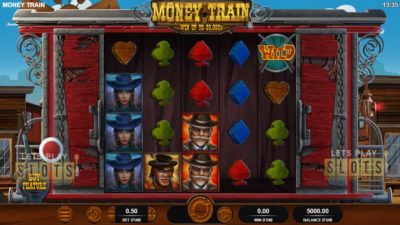 There are thousands of slot lovers all over the world who love to reminisce of the Wild West and play games that given them an opportunity to be a cowboy action hero. They can do just this with Relax Gaming’s latest slot called “Money Train“.

Players will need to protect the Money Train rolling into town. This fun little game is a great little distraction for anyone looking for a quick spin.

Players get introduced to this game with the money train pulling into town. The game itself is presented on one of the walls of the railcars. Featuring five reels and 40 paylines, this game can be accessed on all devices. The goal of the game is to start scoring combinations of symbols and there is quite a large set of them.

For one, there are the card suits which are the low value symbols. The more valuable symbols are members of a Wild West gang. They come in the form of a gunslinger, TNT expert, debt collector and their leader. The leader is the most valuable one, rewarding players 20 times their stake if they get five on a payline. There is also a wild symbol, which is in the form of two crossed guns that will replace all other symbols.

The basic game is just the beginning of the Money Train. Player should aim to get the bonus symbol to appear on the three reels to trigger the Bonus feature. The symbols will then reveal a cash value and give players three free spins. Now players will be able to play but as more bonus symbols show up, the free spins tally is reset back to three.

There are also five new symbols that appear on the reels during these free spins. First, there is the Persistent Collector. This gives players a stake multiplier. Additionally, it collects all of the bonus values visible on screen and adds them to its own for the current spin and all following spins. Next, there is the Persistent Payer which also gives a stake multiplier and adds its value to all other bonus symbols on the reels.

There are also the basic Payer and Collector symbols that do the same but without the stake multiplier. The Widener is the last symbol and adds a stake multiplier and adds an extra reel. Players can also skip directly to the Bonus feature by paying for it. They just have to press the Buy button and pay 80 times their current stake.

Overall, Money Train is a great way to have fun and relive the Wild West with a chance of winning big!

Hurray! There is a competition going between users of our site!
You have to do nothing, but browse out site, and win a daily prize. Click here to read more.
You current ranking:
Time Left: 11h 22m 37s