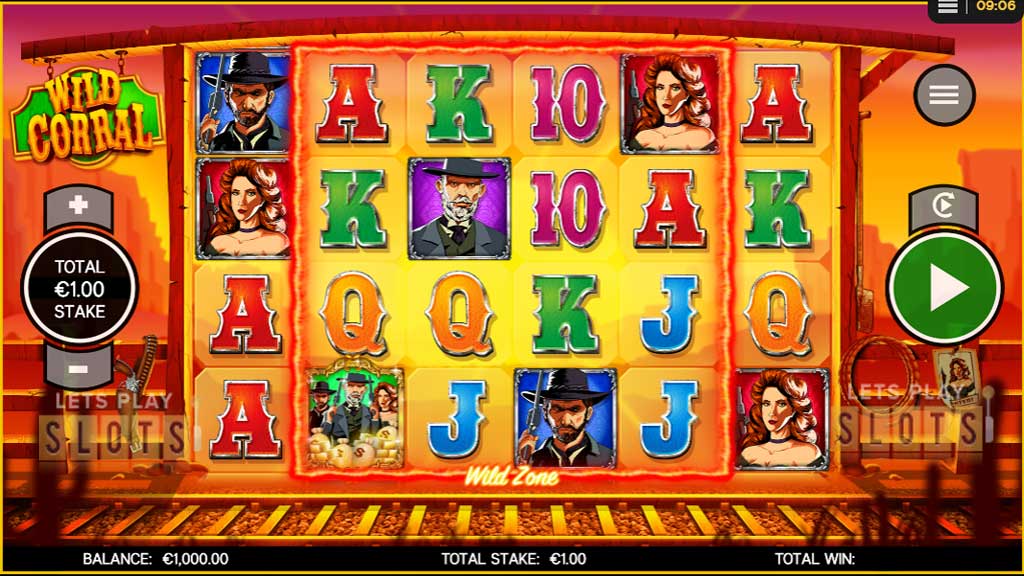 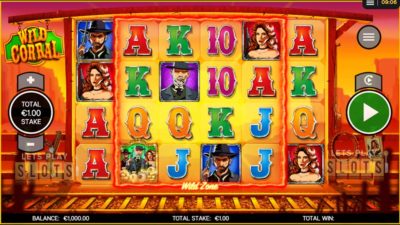 The Wild West was a fascinating era in time where justice was decided by a six gun. Filled with larger-than-life figures, people have been writing stories and making films about the Wild West for years. The latest offering from CORE Gaming takes that fascination to another level with a slot game that takes players to a lonely horse corral for a shoot out to determine the ultimate owner of several bags of cash and gold.

When players start this game, they will be taken to the Wild Corral for a showdown like no other. The background is the dusty pen for the horses, with the Grand Canyon and some train tracks being prominent. Players will also distinctly hear a western tune playing so that they can be transported to the time of shootouts and cowboys.

The game features six reels and has four rows. The paylines for the game are around 30 and that is a pretty decent number. Players will need the usual mix of three of the same symbols to get a winning combination. As for the symbols, players have a mix of card symbols and the three characters. They are the girl, the bandit, and the sheriff. Players can get the biggest reward when they score all three of the characters.

In the base game, players can potentially get 50 times their stake. Considering the biggest bet is 10 dollars, they can potentially walk away with 500 dollars. The RTP for this game is average at around 95.31 percent.

The game does have some special features to spice things up. Players will immediately notice that the four center reels are highlighted and are marked as the Wild Zone. The great thing about this is how it interacts with the Wild symbol.

Wild symbols act as other symbols to complete the various winning combinations in the game. The great thing about the Wild Zone is when a Wild Symbol lands in the zone and it is not part of a winning combination, it locks into place. This means that in future spins, players have a higher chance of winning. Additionally, there are times when a revolver pops out and shoots at the wild to add multipliers to the potential win.

The game also has free spins. The Bars of Gold symbol is the bonus symbol and players who score three or more can potentially get up to 12 free spins. During these spins, the Wild Zone expands to take over the entire grid.

Hurray! There is a competition going between users of our site!
You have to do nothing, but browse out site, and win a daily prize. Click here to read more.
You current ranking:
Time Left: 6h 1m 4s