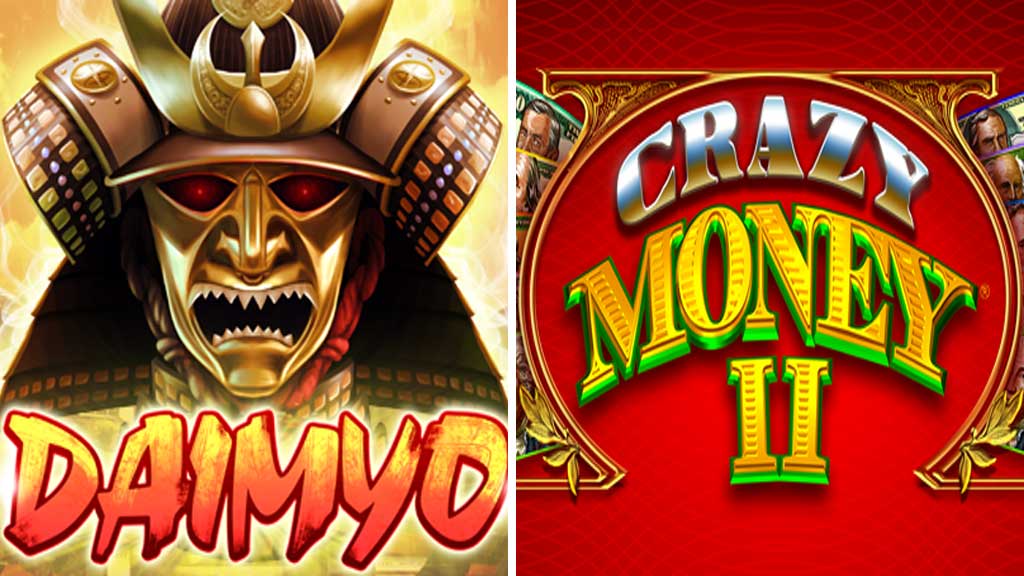 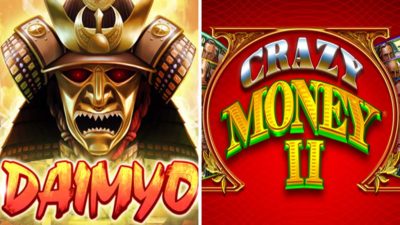 The Golden Nugget Casino is one of New Jersey's best online casinos and slot lovers are in for a treat as the online casino is débuting two new slot titles from different publishers.

One of them is a fresh Japanese-themed game titled Daimyo from Games Lab while the second slot is the new Crazy Money II which is an improved version to the classic Crazy Money game from Incredible Technologies.

Daimyo is a Japanese themed slot game with five reels and 50 pay lines. Using samurai warriors, Japanese characters, and mystic pagodas as symbols, this slot game offers a lot of fun and comes with some interesting features that make the game unique.

First, there's the Golden Mask Wild which only appears on the third reel. If it lands, it expands to fill the entire reel and will act as any symbol. If it is also shows up as part of any winning combination, it will also triple the resulting payout.

Second, a gong acts as the scatter symbol and will activate a range of great bonuses. This only happens if it lands in the first three reels though. Players can either get 20 free spins with higher chances for wilds, nine free games with a different symbol set, or six free games with the third reel as Golden Mask Wilds.

Crazy Money II is the sequel to the fun Crazy Money slot game which is the most popular game released by the developer. Incredible Technologies are trying to duplicate their success by repeating the formula with a few unique twists to make it a unique experience.

In this game, the primary symbols are dollar bills starting from $1 to $500. Some of these symbols will be positioned at an angle – creating a potential way to win through Angle pay lines. Additionally, sometimes, the dollar bills are folded in a v-shape. The most important symbol though is Bonus Scatter symbol which is the large Bonus circle featuring all of the major colours. If three of these symbols match up, the Money Wheel bonus is activated. Depending on how many symbols were matched, different results show up.

Hurray! There is a competition going between users of our site!
You have to do nothing, but browse out site, and win a daily prize. Click here to read more.
You current ranking:
Time Left: 7h 54m 43s
Gambling is for 18+ though some countries may have other restrictions...Remember you should always Gamble Responsibly
We use cookies to ensure that we give you the best experience on our website. If you continue to use this site you agree to allow us to use cookies, in accordance with our Terms & Conditions.Agree & Close