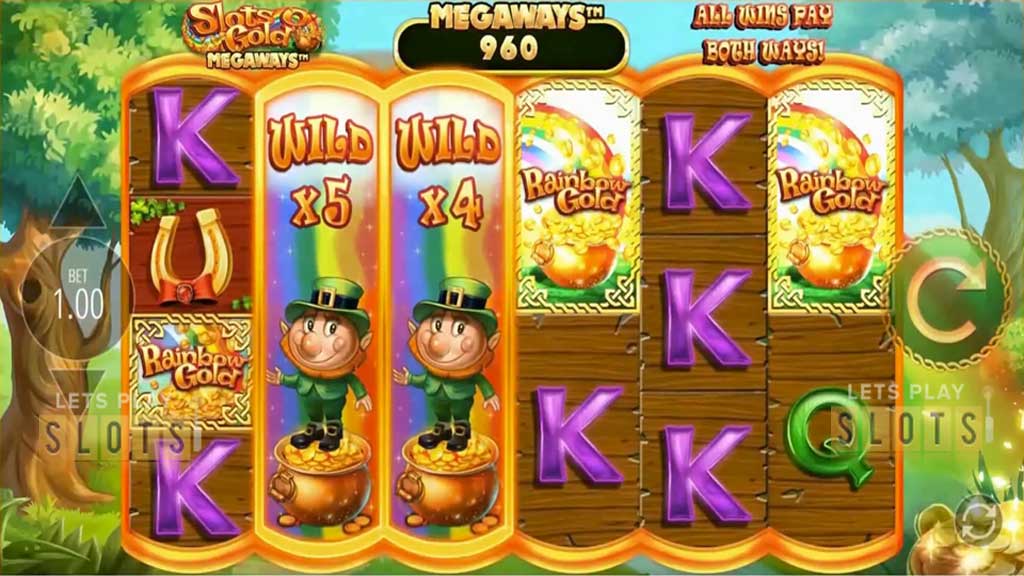 Players who are looking for that pot of gold at the end of the rainbow will appreciate the return of the Slots O’Gold game. The main difference between this and the old version is that Blueprint Gaming has added the MegaWays game engine. This will allow players to get a lot more money when they hit winning combinations. The game has six reels and offers 15,625 ways to win.

The game has some pretty fun graphics and the audio really sells the leprechaun theme. However, players will love the possibility of increased winnings even more. The game offers more reels for players to get a better chance of winning the big jackpot.

The Slots O’Gold game has the same symbols as the original. The lower paying symbols are the standard card symbols of slot games. These are nice enough to win but players should be aiming for something higher. The high-paying symbols are the horseshoe, harp, hat, and the pot of gold. The most valuable one is the pot of gold that will give players 50 times their original stake.

For lucky players, there is also the wild symbol. For this game, it is the leprechaun and it will act as any symbol so that players will be able to score big. Besides the wild, players will also get a chance to get Rainbow Wilds. Instead of normal wilds, these wilds will randomly transform into a specific symbol. That may not seem much but the transformation is for all the Rainbow Wilds, so a winning combination is achievable.

The real draw of this slot game is the big jackpots that players can win. The first bonus that players will most likely get to experience is the rainbow Free Spin. This is what happens if players get four Leprechaun wilds. One reel will become a wild reel and stay in place, while players get four free spins. If another Leprechaun wild appears, then another reel will become a wild reel. This can potentially lead to big wins for players.

This new MegaWays version also includes a lot more opportunities for players to win. During the Rainbow Respin, players can potentially win up to 10,000 their original stake with each spin.

The game is also now part of the Jackpot Kings Progressive Jackpot Network. There is an extra Jackpot King symbol in the game and they will activate when five of them are part of a winning combination. Players then try to get 15 crowns to score one of the big jackpots.

Hurray! There is a competition going between users of our site!
You have to do nothing, but browse out site, and win a daily prize. Click here to read more.
You current ranking:
Time Left: 6h 3m 18s