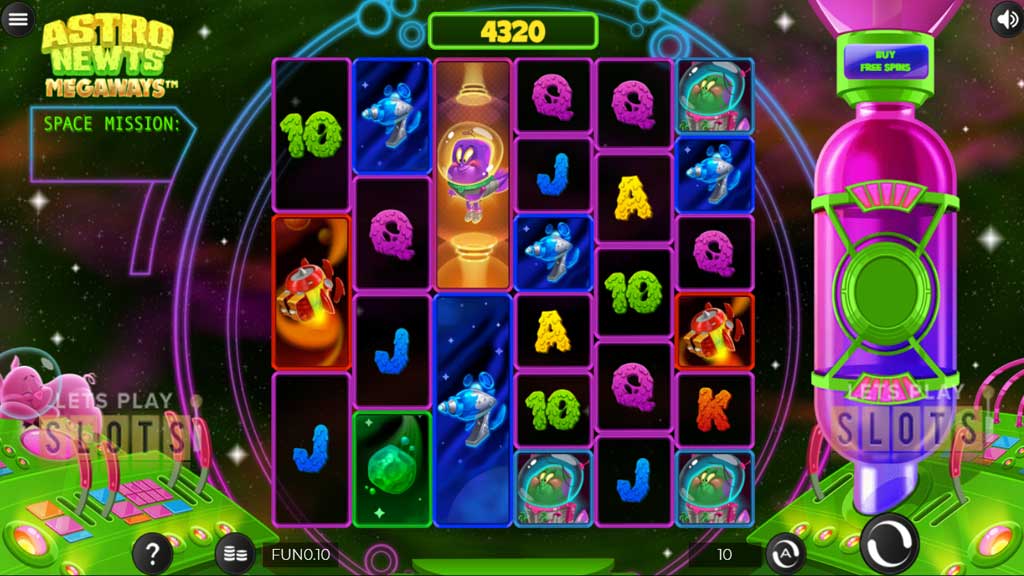 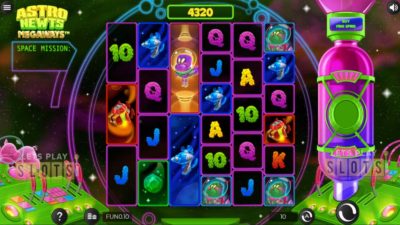 While Virgin Galactic is working on creating a space tourist business, Iron Dog Studio’s is working on taking players to virtual space.

Their latest game “Astro News Megaways” does precisely this as the Newts crew is going on a flight to outer space. The background for this game is the cosmos and the screen is dominated by high-tech gadgets in the Newt spaceship.

Players are presented with an interesting grid which comes with six reels and a variable set of rows. They can go from two to seven and the number is determined by the number of megaways active.

The maximum megaways that the game can have is 117,649 in the basic game. This will give you loads of chances at winning but the maximum cash jackpot is only $50.

If you thought that max cash jackpot was limited, then wait till you check out the betting range on this game. The betting range starts at $0.10 and goes only up to $10. With this low betting range, it appears that Iron Dog is targeting low stakes players and new slot players.

The game does make up for it with its interesting symbols. The rewarding symbols are the laser, jet pack, asteroid, a sleeping pig and the two Newts. To round things out there are the card royals. Additionally, there are two types of wilds, regular and expanding wilds. The wilds can fill in for any symbol.

These are the special features that players will want to trigger. One is the expanding wild, which can take over an entire reel when it lands on a spot. Additionally, when it lands, the pig will wake up and either add two more expanding wilds or four regular wilds.

Another nice feature is the Mega Fission feature. Occasionally, large symbols that occupy two or three spots can land and ensure that players have a chance to win big. With the Tumbling Reels mechanic active, players can win multiple times as winning combinations are cleared out. There is also the special Fusion Cell symbol. When six of these show up anywhere, they will launch the player into another level with new rules like win multipliers.

Despite the fact of low earnings, players can make up for it with the potential to keep winning often. Astro Newts Megaways has an RTP of 95.90 percent but players can also increase this RTP to 96.3 percent by using the Buy feature.

Hurray! There is a competition going between users of our site!
You have to do nothing, but browse out site, and win a daily prize. Click here to read more.
You current ranking:
Time Left: 15h 41m 52s