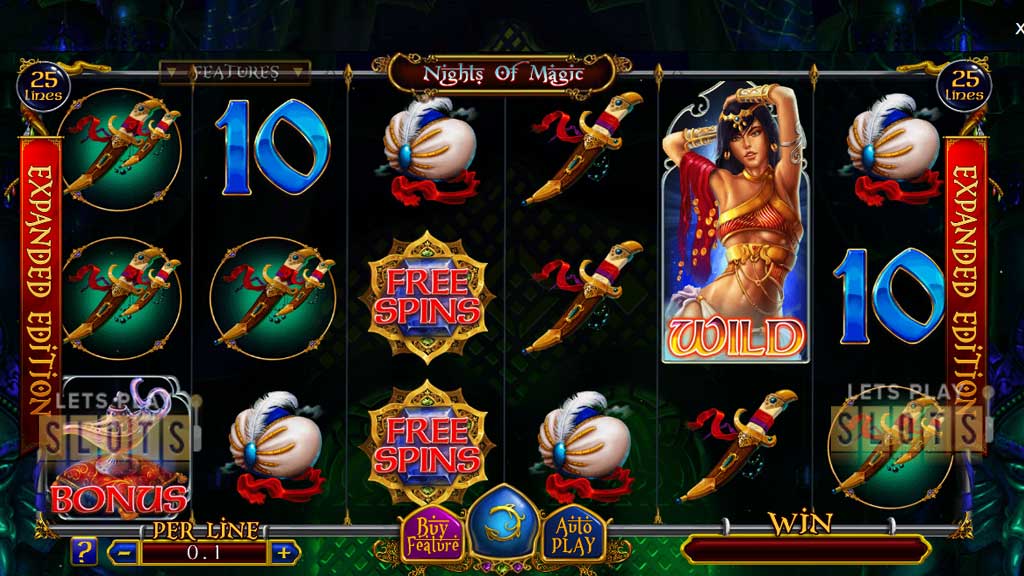 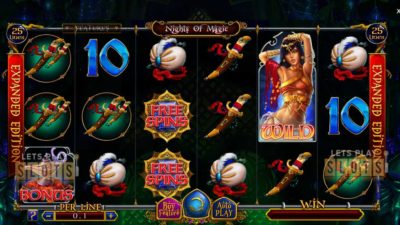 Spinomenal released “Night of Magic” in November 2019 and got a good response from the market. The developer decided that it is time to bring out a sequel by adding a few new features to the game. For those who have not played “Night of Magic“, this is the 1001 Nights – themed hit that takes players to the magical world of medieval Arabia, where magic and luxury rule.

Players who have enjoyed Nights of Magic will be very familiar setting with the expanded edition. Welcomed into the elegance of an Arabian palace, players will be enjoying the Middle Eastern theme complete with the music in the background. The graphics are top-notch and players will love it.

As for the gameplay, players will be working with an expanded reel set. Instead of the original five, there are now six reels. There are still the same three rows and 25 paylines though. What the additional row gives is a potential sixth symbol, which can increase the winning amount that players will get.

Players can bet from $0.25 and go up to $250. That is a pretty good spread and gives both regular players and high rollers an option to enjoy this game. This slot has the usual spread of symbols. The card royals are low-paying symbols again while theme symbols like flying carpets, rings, daggers, turbans and the beautiful belly dancer are the high prizes.

The great thing about it is all the theme symbols have a chance of counting as doubles. The dagger can potentially get players 40x their stake if they get 12 in a combination. The game has an RTP of 96 percent which is pretty good.

The belly dance will draw the attention of most players and it has a good reason for doing so. It is the game’s Wild symbol and can potentially give a massive payout. Six of the belly dancer can get players 1,000x their total bet. The great thing about it is that the Wilds have a chance of appearing stacked. This increases the chance of a winning combination.

Players can also get lucky when they get the Only Double Symbols feature to trigger. If this happens, all the theme symbols suddenly double for win counting. This can mean surprise wins for people.

The game also has a Scatter symbol. This is the Golden Flower with Free Spins written on it. Players who score three of the symbol will be able to experience 10 to 40 free spins, depending on what number they get from the Wheel that appears.

Overall, this game is a thematic treat and should definitely be given a few spins!

Hurray! There is a competition going between users of our site!
You have to do nothing, but browse out site, and win a daily prize. Click here to read more.
You current ranking:
Time Left: 9h 16m 56s