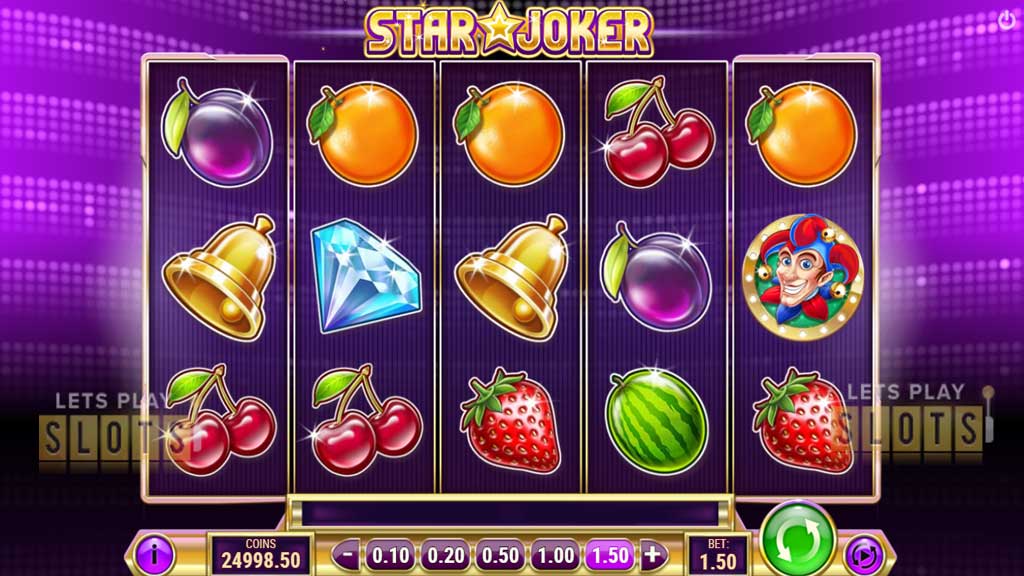 ‘Star Joker’ To Be Released Next Month by Play’n GO

Play’n GO will start the new year off with a bang as the company plans to release its latest online slot called Star Joker.

Similar to the fruit machine slots of old, this game is a bit of a throwback. However, it does pack in a few modern innovations to its gameplay, this five-reel, 10 pay line game still has the theme of the traditional slot games.

One of the first things players will notice about Star Joker is that it gets rid of a lot of the funky themes that modern slot games usually have.

This game is all about the players and the fruit symbols. The game has the basic symbols of the fruit machine to act as the symbols for the game. The lucky 7s also happen to be the highest paying symbol of the bunch, with five of them giving players their 100x stake.

The best symbol on the reels though is the star wild. It will act like all other symbols except for the Joker.  It is also very valuable since if a player gets five of them in a pay line, they will immediately 500x their original stake.

The real kicker though is the special gambling game that players get to play after every winning spin. Players are given the option to either gamble their winnings or collect when they win. If they do choose to gamble, they are given the chance to guess the colour of a card. If they guess right, they double their winnings. Players can do this up to four times – essentially quadrupling their win.

That’s not the only potential bonus. Players should also be on the lookout for the Joker symbol. These are the games bonus symbols and getting three of them will activate the bonus game. They will give players 10 free spins. It is possible to keep winning even more free spins since the Joker symbols will be still active.

Additionally, the Joker symbols won’t just be Joker symbols. They will also become Joker wilds. This means that during the free spins, there are more wild symbols flying around the reels giving players an increased chance of winning big money. The maximum that a player can win is 5,000 times their stake.

Overall, Star Joker is pretty basic but it provides pure gambling fun for those who just want to focus on the game and not on a theme.

Hurray! There is a competition going between users of our site!
You have to do nothing, but browse out site, and win a daily prize. Click here to read more.
You current ranking:
Time Left: 6h 31m 57s