One category of slot game you may be unfamiliar with if you are not a UK based slot player is the Fruit Machines which many online and mobile  slots casino sites have available to their players. However, these types of slot machines do offer a completely different type of playing structure and format, bit one that many players can quickly warm to! 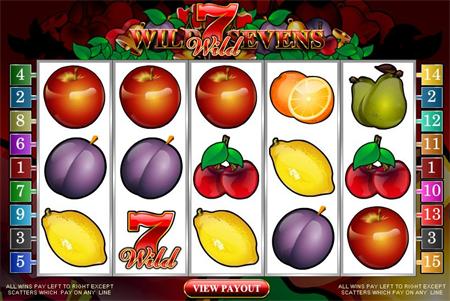 Fruit Machines can often look quite intimidating slots to play for they come with a huge number of bonus games and bonus features which are very regularly triggered and awarded to you, and that means when you play any of them you are going to find them very energetic and action packed slots to play!

The basic structure of the vast majority of Fruit Machines is such that there will usually be just three stepper type reels attached to them and most of them offer just one single payline. But one thing you will find each of them do offer is a range o different staking options so they can be set to play off for low to mid ranged stake levels.

Below you are going to find out what you can expect to find on offer on most Fruit Machines by way of their bonus games and bonus features, and if you are seeking out some very entertaining and exciting slots to play online or on a mobile device we think you will be very hard pressed to find any better slot games to play than Fruit Machines!

Fruit machines are going to be found in many online casino sites, and as such you will always have plenty of different types of those slot games available to you. Some of the very best fruit machines slot games you can play online are those that have been designed by International Game Technology and some of our top rated featured casino sites have their range of games on offer, so have a look round and give those slot games a much play time as you can do!

Fruit machines are going to be a type of slot game that you can and probably will have plenty of fun and winning opportunities available to you whenever you send their reels spinning, but as you may not have played these types of games before please spend a few minutes watching the following video.

The fruit machines that you can play online are available as either free to play and no risk slots so you are always able to test them out, or if you do want to have the chance of winning some large amounts of cash make sure you give them some play time at any of our licensed and regulated online casinos who have plenty of additional bonuses to give away to their new players.

There can often be dozens upon dozens of different bonus games and bonus features that can and will eventually be awarded to you when playing most Fruit Machines. However, many of these types of gaming machines all share one of more fairly standard features and bonus games, an overview of some of those more commonly awarded featured and bonus game are listed below.

Hold Feature – When the Hold buttons flash underneath the reels of a Fruit Machine you are playing then before you click on the start or spin button you can select any of those reels to hold into place for that next spin.

Nudge Feature – A set of Nudges can be randomly awarded to you or via some form of additional bonus feature and when that feature is triggered you will be given a set number of nudges or occasionally an unlimited number of them which you must use by clicking onto one of the Nudge Buttons located under any reel.

Each time you click on one of the Nudge Buttons the corresponding reel above them will move down one position, the aim of course is to complete a high valued winning combination by using your allocated number of nudges so just some of them!

Bonus Board – A Bonus Board feature round is one on which you will roll a set of dice or spin a number reel and whatever number so rolled or spun in will then move you the corresponding number of positions around the board.

You can pick up additional features or cash awards by moving around the board, however the trick of playing off much a bonus game is to know when to collect what you have so far been awarded with, as you run the risk of landing on some form of game over position on the board if you continue to lay on and will lose what you achieved if you do so!

Bonus Trail – A Bonus Trail is another Fruit machine bonus feature you could be awarded with which is usually triggered when you spin in a certain set of numbers super imposed onto some reel symbols. The aim will be to get as high up the Bonus Trail a you can with your spun in numbers to achieve the better valued winning payout or to be awarded with a potentially higher paying bonus feature or bonus game.

Hurray! There is a competition going between users of our site!
You have to do nothing, but browse out site, and win a daily prize. Click here to read more.
You current ranking:
Time Left: 17h 24m 22s
Gambling is for 18+ though some countries may have other restrictions...Remember you should always Gamble Responsibly
We use cookies to ensure that we give you the best experience on our website. If you continue to use this site you agree to allow us to use cookies, in accordance with our Terms & Conditions.Agree & Close