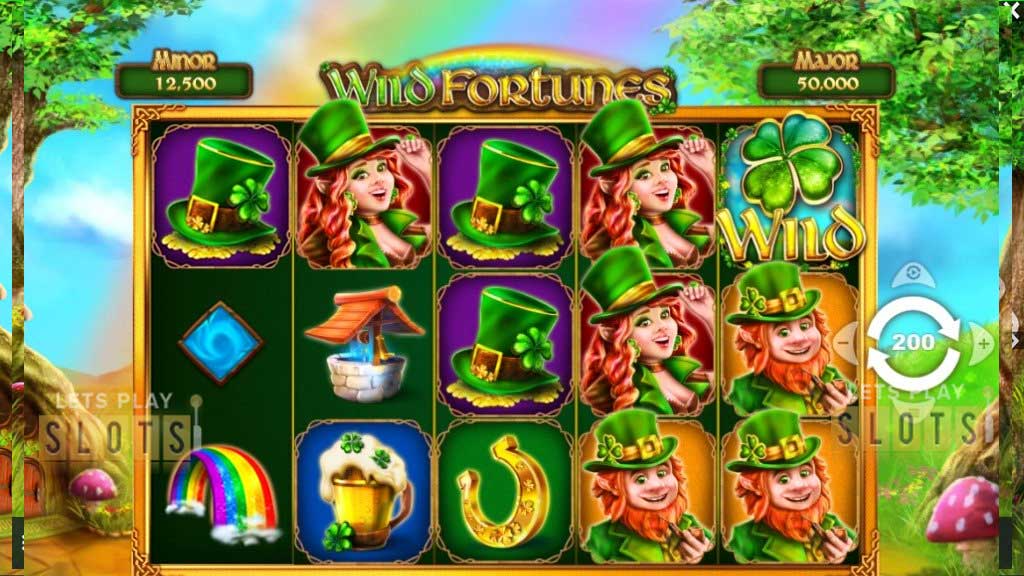 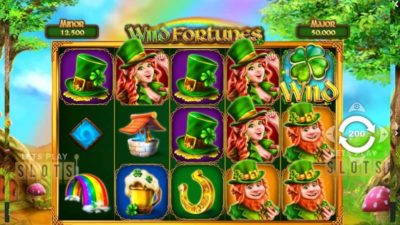 The luck of the Irish is the focus of the latest game from Pariplay.

“Wild Fortunes” takes players to the Emerald Isle and introduces them to some lucky charms. The green countryside is full of four-leaf clovers, pots of gold, and rainbows. There is even a leprechaun pair lurking around to help make the jackpots even bigger.

Players will love the theme of this game, especially with the nice soundtrack.

When players start this game up, they will immediately get to see the golden reels of the game. There are five reels and three rows along with 25 paylines to play on. Player bets can range from $0.25 up to $125.

The low minimum bet is great and makes the game accessible to those with smaller bankrolls. The high bet limit also makes it attractive to high rollers who know they have a chance to win a big payout.

The game’s symbols start with the playing card suits. They are the least valuable symbols in the set. The higher paying symbols come in the form of mushrooms, beer, horseshoes, a rainbow and a well. The most valuable symbols are the leprechaun and his wife. The pot of gold is the game’s scatter while the four-leaf clover is the Wild symbol.

The game does have a nice set of special features. First, there is the Wild. It substitutes for all the regular symbols of the game and pays out big. Players who get a set of five four-leaf clovers on a payline will get 200x their stake from the win. Players will also see the Wilds appear in stacks. This means if they do show up, you have a high chance of winning.

The pot of gold scatter activates the Wild Fortunes feature. Players can trigger it by scoring three pots of gold. When this happens, they will have to play a Pick’em bonus game that gives out various awards. The number of picks depends on the amount of scatters scored with a maximum of eight picks. Players can then get up to 170 free spins and up to 17x multipliers.

Finally, there are two progressive jackpots available that will spice things up. The game’s RTP varies and can go from 94 percent to 96.25 percent. If you want to test the luck of the Irish, go ahead and give Wild Fortunes a few spins!

Hurray! There is a competition going between users of our site!
You have to do nothing, but browse out site, and win a daily prize. Click here to read more.
You current ranking:
Time Left: 20h 24m 42s