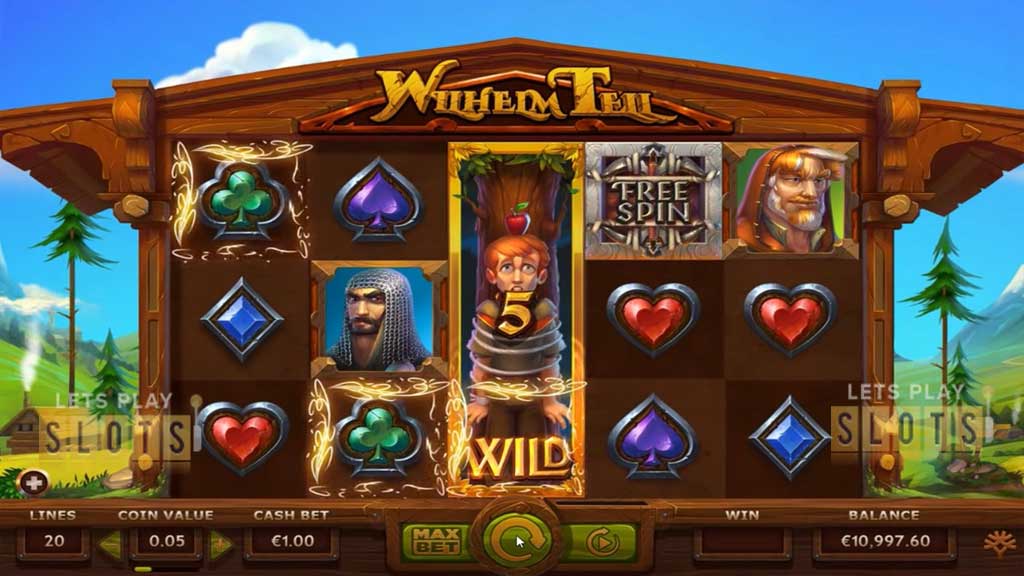 Test Your Aim With “Wilhelm Tell” At Yggdrasil Gaming 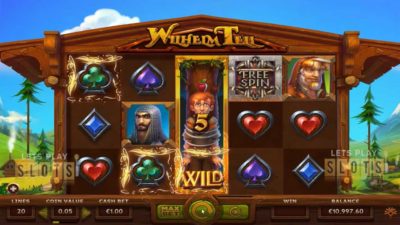 The younger generation may not be very familiar with the classic Wilhelm Tell story where he gets to shoot the apple off his son’s head.

The younger generation will get familiarized with the Wilhelm Tell story as Yggdrasil Gaming has decided to recreate the Swiss folk tale with its new slot called “Wilhelm Tell“.

The Wilhelm Tell slot game features 5 reels and 20 paylines. Players will immediately recognize the setting of this game as the Swiss Alps are featured in the background as well as a chalet. It also helps that the game uses Wilhelm Tell’s 1829 overture as its background music.

Like in all slot games, the goal is to get winning combinations. The low value symbols in this game are the various card suits: hearts, diamonds, clubs and spades. There are three high-value symbols: the knight guard, Wilhelm Tell and Gessler the Tyrant. The most valuable one is Gessler and players can get 7.5 times their stake when five of him appear on a payline.

There are a couple of special symbols included in the game. The easiest one to use is the wild symbol. This is Wilhelm Tell’s son Walter tied to a tree. The special thing about this symbol is that it is spread across three rows and will substitute for all basic symbols. Besides making it easier to win, the game’s Wild Nudge feature allows the wild to fill an entire reel if only one more symbol is needed to get a winning combination. Additionally, if players get all five reels with wilds, they get 150 times their stake.

Combine the free spin multiplier and the wild multiplier and players can potentially get 7,500 times their stake. Do try out the new Wilhelm Tell game when it hits your favourite online casino.

Hurray! There is a competition going between users of our site!
You have to do nothing, but browse out site, and win a daily prize. Click here to read more.
You current ranking:
Time Left: 4h 3m 34s
Gambling is for 18+ though some countries may have other restrictions...Remember you should always Gamble Responsibly
We use cookies to ensure that we give you the best experience on our website. If you continue to use this site you agree to allow us to use cookies, in accordance with our Terms & Conditions.Agree & Close