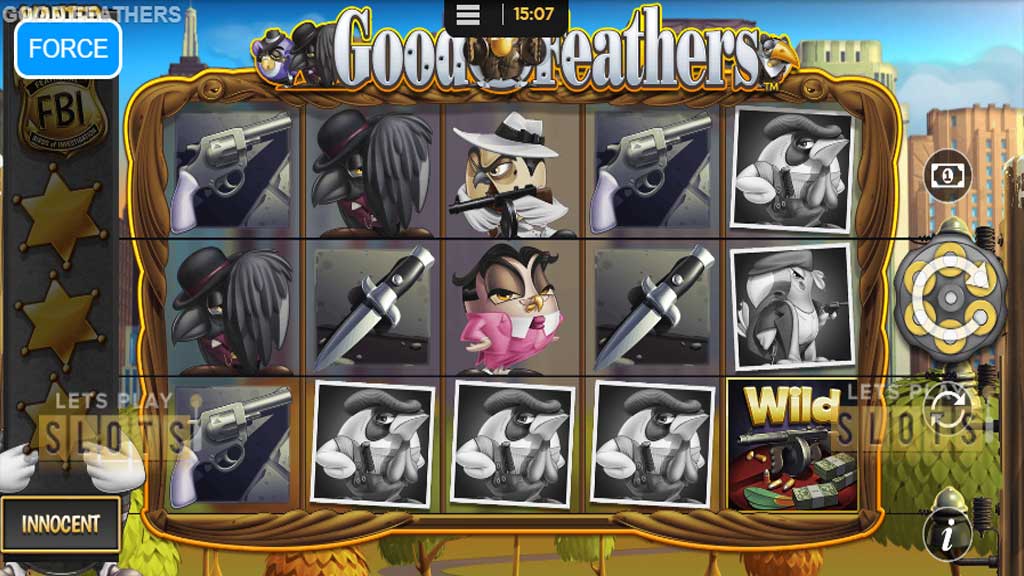 The Birds Take Over The Mafia In “Goodfeathers” 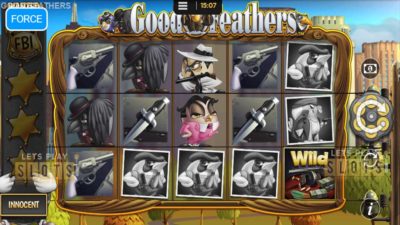 Goodfeathers is the new slot game from Blueprint Gaming which provides players with a rather fun take on the mafia theme.

In this game, instead of dealing with human mobsters, players are exposed to birds in suits taking over the city as mobsters. This rather humorous version of the gangster genre still delivers great gameplay with its five reels and 20 paylines.

The game presents itself as a cross between humour and seriousness. The game’s graphics are definitely fun-looking, with echoes of mobster movies.

The game also has some pretty good audio, with a talk introducing the game.

The gameplay by itself is also unique. Players will have to match at least three of the same symbol to win a combination. There are several black-and-white symbols that act as low-paying symbols. Then there are the five coloured birds that act as the high-value symbols. The most valuable one is Mr. Big and he gives players 25 times their stake if they land five of him on a payline. There is also a wild which acts like all the other symbols for combination purpose.

The game would be fun enough with the basics, but it also has a ton of features. The first one is that every successful combination results in cascade, with new symbols replacing the old. Each win is also recorded on the side as a sheriff’s badge. If those badges reach four, players activate the Briefing Room Bonus. This gives players a choice of bonuses, one of five.

First, there is the Prison Escape Bonus, which allows players to randomly pick from cell doors for prizes. As long as players do not get a siren, they will be able to keep playing and getting prizes. Next is the Warehouse Bonus, which has players picking a suitcase with prizes. The remaining three bonuses are all free spins with additional bonuses like more wilds or multipliers. These can potentially give players more free spins, if the players are lucky enough.

Besides the main bonuses, every spin can result in a bonus being activated. One bonus can result in random wild symbols, another rearranges the symbols, and another bonus drops stacked wilds on to one reel.

Overall, Goodfeathers is a great game that offers players some unique bonuses. Players should try it out and enjoy the fun gangster theme.

Hurray! There is a competition going between users of our site!
You have to do nothing, but browse out site, and win a daily prize. Click here to read more.
You current ranking:
Time Left: 1h 4m 20s