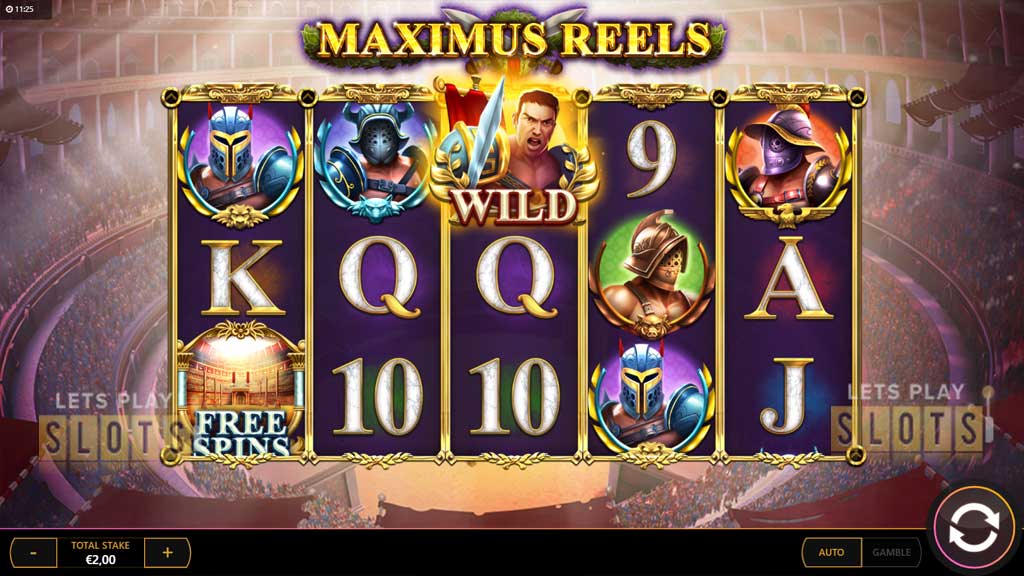 The Colosseum Is Brought Back To Life With “Maximus Reels” 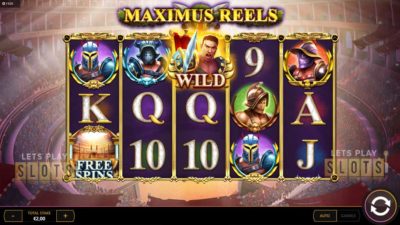 The Roman Empire was one of the world’s most influential empires and there are still so many strong traits of the Roman Empire’s influence on our society today.

In this game, players are hoping to make it as gladiators. The background is entirely the arena of the Colosseum and the players are in the middle of it.

The game presents players with a grid with five reels and three rows. There are 20 paylines that players can use to win. The developers have done a good job with the graphics and the gameplay is definitely entertaining.

The lowest value symbols are the card royals and at best will help players get some of their money back. What players will want to score is the high value symbols like the four gladiators. They are the thematic symbols for the game and payout pretty well. Finally, the game has two special symbols. The Colosseum is the game’s scatter while the Wild symbols are the Roman general Maximus.

There is a big betting range in this game as it starts at $0.20 and goes all the way up to $250. This allows players to be flexible in their wagers. They can bet low to stretch out their budget. They can also wager high to get the full payout possible. The large betting limit will also attract high rollers.

The game is very good with its special features and players can win 4,500x on a lucky spin. This is possible thanks to the special features that the game has. One is the Gladiator Wilds. This feature randomly releases five Wilds on the reels. This is great since the Wilds can make it a lot easier to win. Additionally, the Wilds substitute for all symbols so even special symbols are substituted. This makes it even easier to trigger the free spins feature.

Free spins are triggered by scoring three or more scatters. The minimum is seven spins while the full amount of free spins is 15 spins. Besides free spins, there are additional modifiers that are triggered. This can range from one modifier to three modifiers. They completely change the grid by adding extra rows, extra reels, and more. Maximus Reels has an RTP of 95.08 percent.

Hurray! There is a competition going between users of our site!
You have to do nothing, but browse out site, and win a daily prize. Click here to read more.
You current ranking:
Time Left: 5h 18m 20s