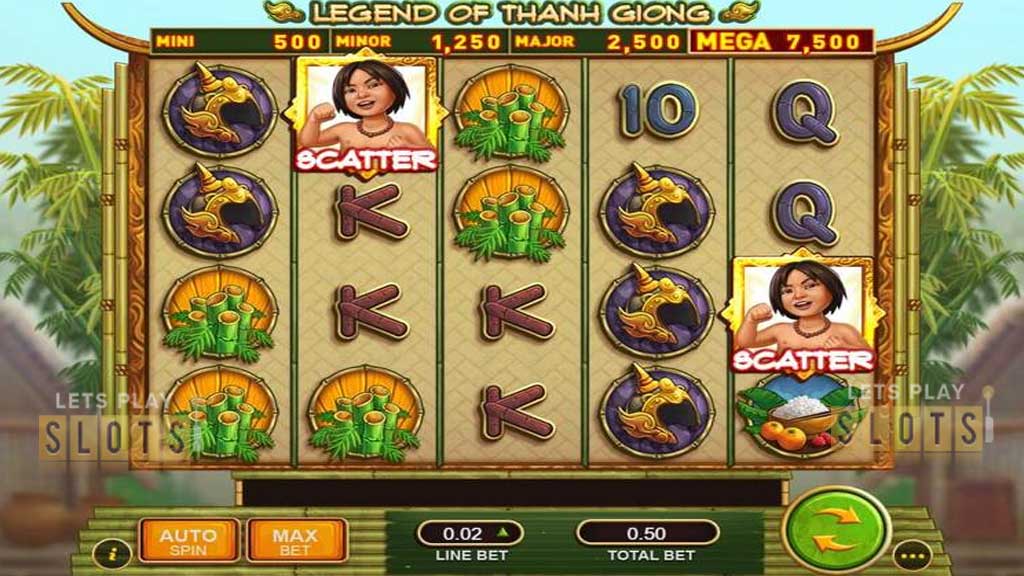 The Vietnamese “Legend Of Thanh Giong” Comes To Online Slots 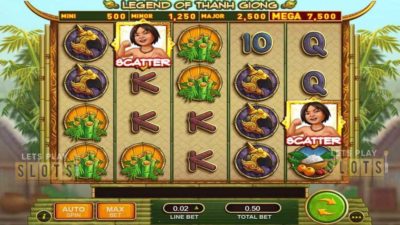 Thanh Giong is a legend among the Vietnamese. He is best known for fighting the Chinese invaders with his iron horse. Though he isn’t as well-known outside of his native country, Gameplay Interactive decided that this would make a great theme for its latest Asian themed slot. The new offering is called the “Legend of Thanh Giong” and it brings his character to life.

Players will be taken to a nice and quiet Vietnamese village in order to experience this game. Bamboo huts are in the background and there is a brick road background for the reels. The frame of the grid is made out of bamboo. The music will take you back a few decades and is very soothing.

The game has five reels and four rows along with 25 fixed paylines. The symbols for the game are a decent mix of thematic and card symbols. The card symbols yield the lower rewards while the thematic symbols bring the best prizes. These include helmets, rice and bamboo.

The most valuable one is a giant footprint. This comes from the legend that says Thanh Giong was born after his mother stepped into a giant footprint in the fields. This makes it a special symbol with only two symbols needed for a prize. It also yields 1,000 times a player’s stake. The game has a decent RTP of 96.96 percent.

The game gets into its stride when the special features are in play. There are a couple of symbols that enable the special features to come into play. First, there is the Iron Horse, which helped Thanh Giong in all his battles. For this game, it is the Wild symbol, which replaces all regular icons. Thanh Giong appears but as a child. For this game, he is the scatter symbol. Lucky players will score three scatters to get Free Spins. The great thing about the free spins is that all winnings are multiplied by 10.

Besides the two special symbols, there are also Booster symbols. These have cash values on them. Players who get six of them onscreen will get respins with all those symbols locked. Players will then try to fill up the grid with as many booster symbols that they can. If they fill up the screen, then players get the Grand Win Jackpot. If they don’t, they still get one of the minor Jackpots.

If you like playing Asian themed games, then do give Legend of Thanh Giong a few spins.

Hurray! There is a competition going between users of our site!
You have to do nothing, but browse out site, and win a daily prize. Click here to read more.
You current ranking:
Time Left: 3h 43m 8s