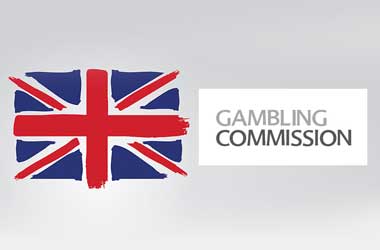 The UK Gambling Commission (UKGC) has decided to crack down on a few popular slot game practices. The gambling watchdog has issued a ban on the “feature buy” option in slot machines. The UKGC also wants to ban slot games that feature cartoonish characters and themes. This is mainly because these slot games appeal to young players and encourage them to gamble.

However, many slot developers in the UK offer players the chance to buy these special features. Games like “White Rabbit” have a button that activates these features, with a deduction done immediately to the gambler’s account. So instead of winning these features in the process of playing the slot, players can just buy these features outright.

Slot developers in the UK impose a premium price on buying these special features which can be as much as 100 times higher than the base game stakes. This is very risky since players end up spending a lot of money trying to buy these features outright and go after a win. This is why the UKGC has decided to ban feature buy ins.

The UKGC issued strict reminders to all licensed gambling operators that they should take steps to ensure that their customers not have any unnecessary disadvantages when they play. Being tempted to buy the special features, players might end up losing a whole lot more than they would normally have.

The problem is that many of these slot games will face problems in removing the option. For some games, it is just a matter of turning it off. However, some games have it hard-coded into the game so that it is difficult to remove. This makes it costlier for operators to get rid of this feature.

The UKGC has aggressively been moving to minimize the losses that players have been experiencing from gambling. A recent report from the commission reveals that up to 650 people commit suicide because of gambling-related issues each year. Research also revealed that British gamblers were spending around £14.5 billion a year across various betting products. This latest move from the gambling watchdog is another attempt to protect UK gamblers from problem gambling.

Hurray! There is a competition going between users of our site!
You have to do nothing, but browse out site, and win a daily prize. Click here to read more.
You current ranking:
Time Left: 23h 30m 15s
Gambling is for 18+ though some countries may have other restrictions...Remember you should always Gamble Responsibly
We use cookies to ensure that we give you the best experience on our website. If you continue to use this site you agree to allow us to use cookies, in accordance with our Terms & Conditions.Agree & Close