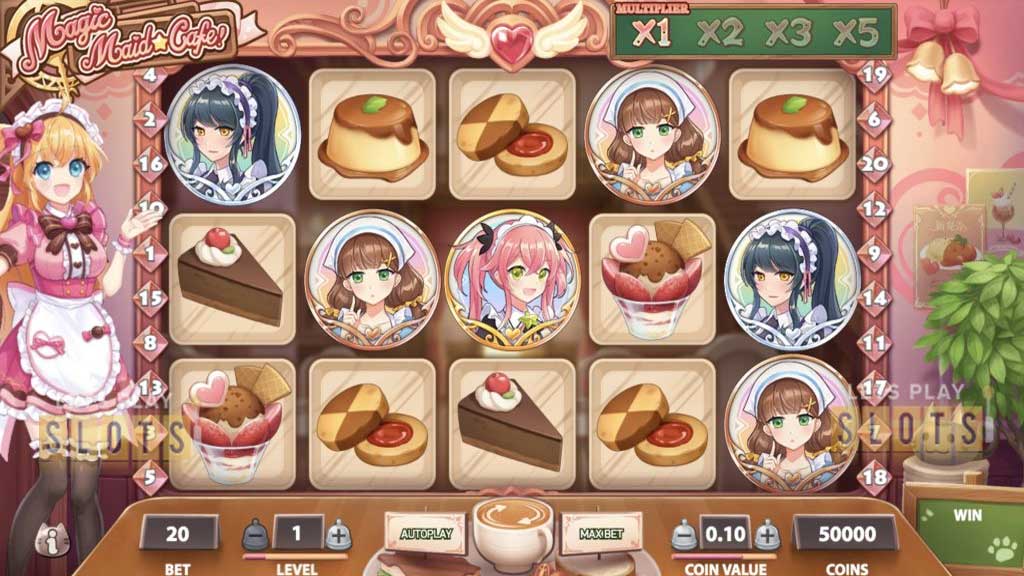 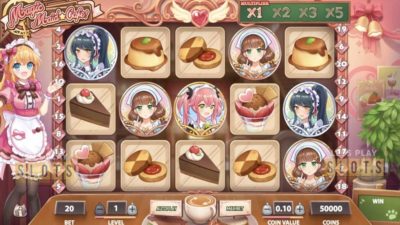 Maid cafes are a popular sight in Japan. Seeing pretty girls dressed up in maid uniforms and serving tea and sweets is a major industry in Japan. It all comes from a manga and cuteness culture. Maid Cafes are branching out though and people can now see them all over the world. NetEnt, one of the oldest and most popular slot developers in the world decided to use this theme in its latest slot called “Magic Maid Café“.

Players will be very interested about all the action happening inside the maid cafe. Once they start this game, they will be taken to a really cool Maid Cafe. The Magic Maid herself will be serving you right beside the play area.

Though the game technically has five reels and three rows, players don’t get to see reels. They see rows of treats that are served on trays. The game has 20 paylines that give players a decent chance of winning as the game has an RTP of 95.97 percent. Combined with high volatility, players have a pretty good chance of winning big prizes.

The great thing about the game is that it is very thematic. Instead of background music, players hear the people in the cafe talking in the background. Additionally, all the symbols are suitably sweets that would appear in any cafe. Players will love this relaxing twist to the usual slot game. The biggest payout that players can expect is around 2,300 times their original stake.

Besides offering players the basic winning options, the game also has some very fun special features. For one, there is the Avalanche System. Players who get a winning combination see it disappear and new symbols fall. This means that there is a chance for more symbols to match up. The great thing is for each win, players get a multiplier. This is tracked on the screen and players who get four consecutive wins will get a 5x multiplier.

Besides that, players will be able to get free spins. There is a key symbol that acts as the game’s scatter symbol. Players need at least three of those to drop in a spin. Players then get several free spins depending on how many keys appeared. The bonus thing about the free spins is that players will get a boost during the Avalanche System. Players can now reach up to 15x as their multiplier.

Overall, Magic Maid Café is a fun experience and definitely worth a few spins!

Hurray! There is a competition going between users of our site!
You have to do nothing, but browse out site, and win a daily prize. Click here to read more.
You current ranking:
Time Left: 21h 22m 44s