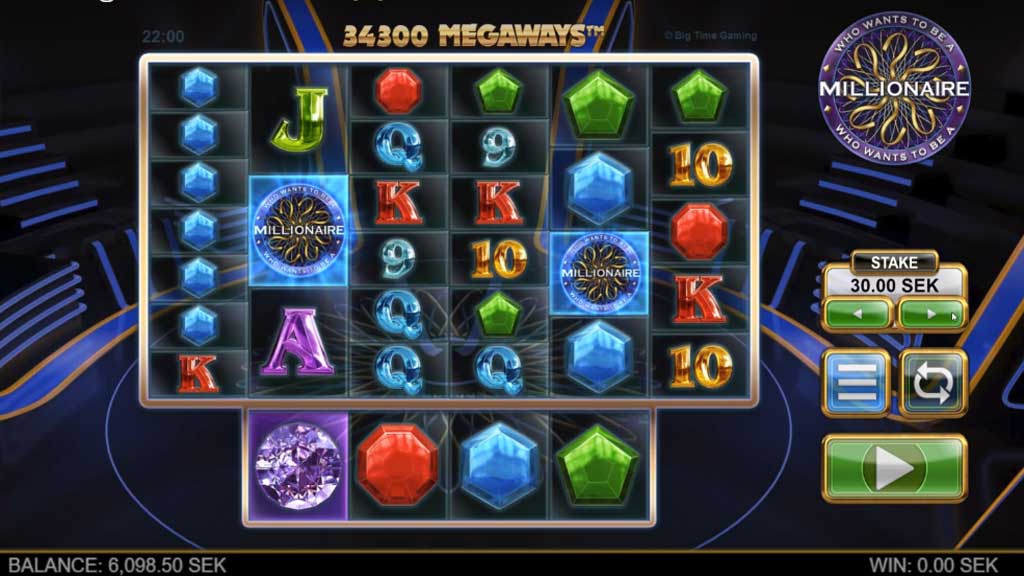 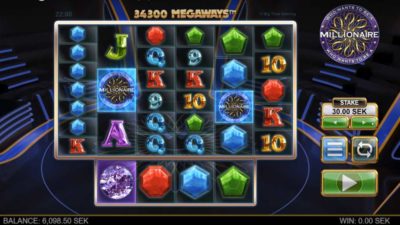 The popular TV show “Who Wants To Be A Millionaire” has been around for close to two decades after being first aired in August 1999. The show has millions of fans around the world who will be thrilled to learn that Big Time Gaming, a casino software developer has decided to take the show and turn it into a slot game. Players don’t have to wait any longer to try out the slot game as it has already been released.

One of the first things that players will notice is that instead of the common five reels, there are six reels in this game. Who Wants To Be A Millionaire slot is very likely going be a big hit with players just like the TV show.

The visual design of the game will be very familiar as it users the set of the famous game show, bringing players to where all the action is. The clear reels in the center presents the information in a manner that's hard to miss. Observant players will also notice that there isn't a set row for symbols to slot into. This is thanks to the MegaWays engine. There is also an extra row beneath the four middle reels.

The MegaWays engine gives players 117,649 ways to win. With varying symbol sizes, a player just needs to connect matching symbols to an adjacent reel. The low-paying symbols are the card symbols.

For players who want to win big, they will need to score one of the available jewels. The highest payout is for the purple diamond, and players who get 6 of these symbols will receive a 50x payout of their initial stake. The Wild symbol makes it even easier to get this winning combination.

What is really impressive is the bonus game. Who Wants To Be A Millionaire gives players free spins if three of the logo symbols which is the scatter symbol show up in a winning combination. Depending on how many scatters show up, they can either get four or eight spins.

Players can get even more free spins depending on the options they choose. There are four options and the right choice can guarantee up to 20 free spins. All these free spins come with a multiplier. Those who are familiar with the TV show will enjoy the Who Wants To Be A Millionaire slot game and will be excited at the possibility of winning some real cash.

Hurray! There is a competition going between users of our site!
You have to do nothing, but browse out site, and win a daily prize. Click here to read more.
You current ranking:
Time Left: 37m 5s
Gambling is for 18+ though some countries may have other restrictions...Remember you should always Gamble Responsibly
We use cookies to ensure that we give you the best experience on our website. If you continue to use this site you agree to allow us to use cookies, in accordance with our Terms & Conditions.Agree & Close