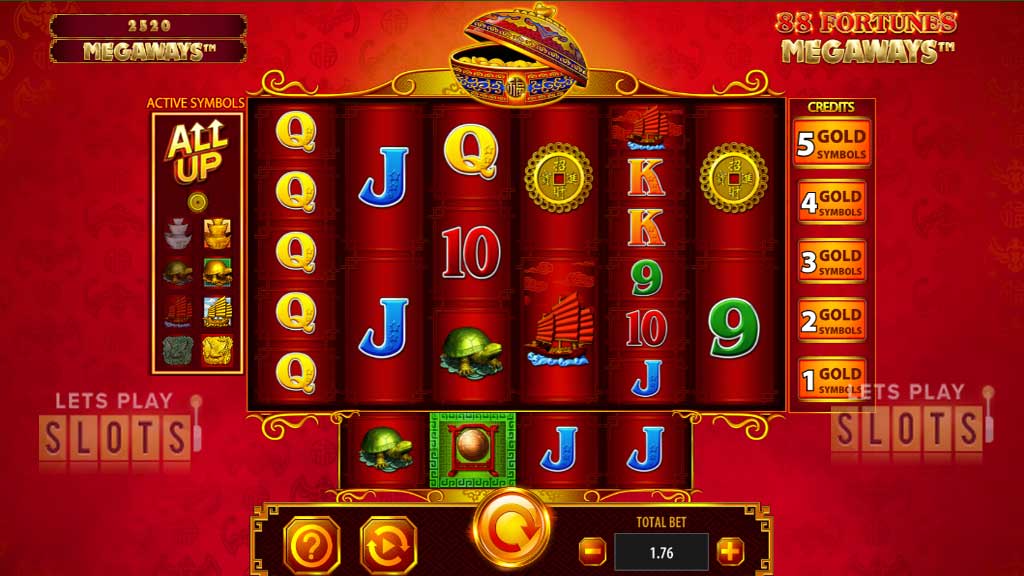 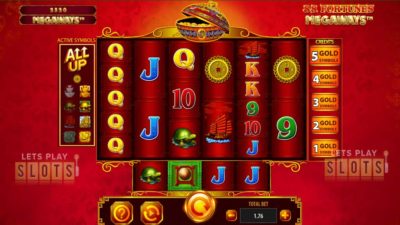 The Chinese are pretty superstitious when it comes to luck and believe that certain colours and items can help increase one’s luck.

This is why the new “88 Fortunes MegaWays” slot game from Shuffle Master and Bally Technologies incorporates so much red into the game as red is considered to be the luckiest colour by the Chinese.

88 Fortunes also features several other lucky symbols that will give players a little more confidence of getting lucky and winning. The game uses the MegaWays engine and should bring players a good jackpot if they win.

Is Today Your Lucky Day?

Anyone who has played a standard 88 Fortunes slot game will recognize the theme immediately. The 88 Fortunes MegaWays slot presents six reels and up to 117,649 ways to win. Players will see all of this in a background of bright red.

As always, the goal is to score winning combinations. There are several low-value card symbols. This includes the A, K, Q, J, 10 and 9 royals. But what players should be aiming for are the various special symbols. This includes ingots, ships, turtles, coins, jade birds, golden ingots, golden turtles, golden ships and golden birds. The most valuable are the golden birds. Players will get 10 times their stake if they get six on a payline.

The MegaWays feature will be active all throughout. This means that every time a player wins, more symbols are revealed. This increases the number of ways for them to win. When players see all seven symbols on a reel, then they get the maximum 117,649 ways to win.

Besides this, there are other special features. For one, there is the Cascading Reels feature. Apart from revealing new symbols, every winning combination explodes to allow for new symbols to appear. This can quickly become a series of wins instead of just one. Players can also activate the Symbols Per Play feature. Players can upgrade the normal symbols to golden ones. The result is that players get higher jackpots but they also have higher stakes.

Additionally, the game has two special symbols. One of them is the Fu Bat. It acts as the wild symbol and replaces all of them except for the scatter. Besides allowing for easier wins, the wild can also trigger the Picker feature. This is a mini-game that can give you a set of free spins with a multiplier. The gong scatter symbols are also there to provide free spins. Players will need at least four to get up to 12 free spins.

Overall, 88 Fortunes MegaWays is a fun game to play, with a high potential for a jackpot!

Hurray! There is a competition going between users of our site!
You have to do nothing, but browse out site, and win a daily prize. Click here to read more.
You current ranking:
Time Left: 16h 37m 15s