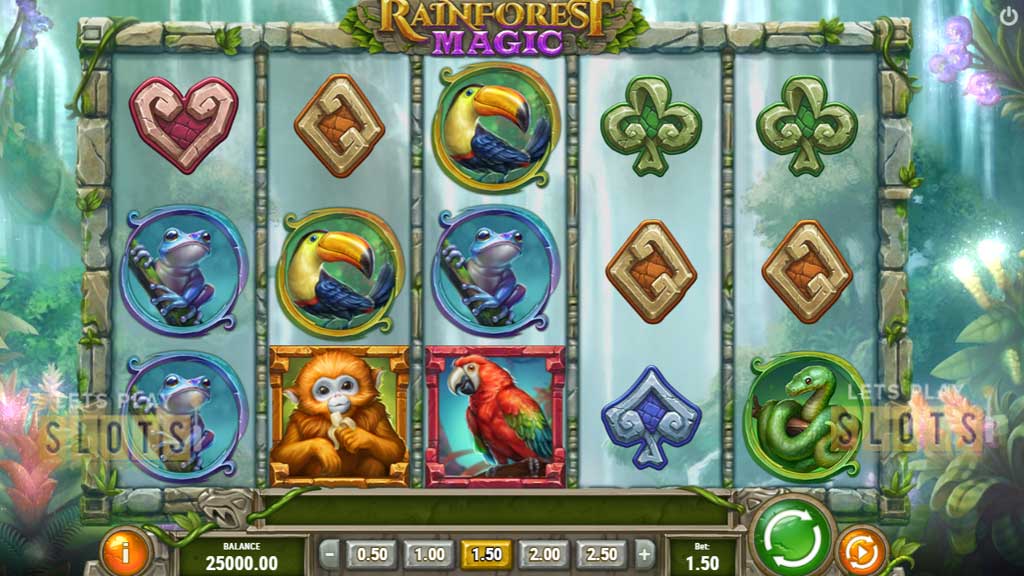 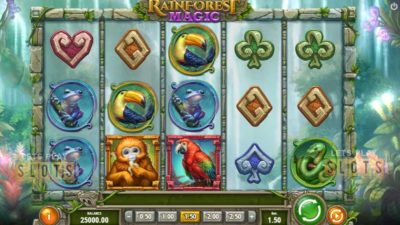 Play’n GO is emphasising the mystique of rainforests in their latest offering called “Rainforest Magic“. This new game will take players into the dark jungle to see what it has to offer. Play’n GO has done a great job with this slot as it keeps players at the edge of their seats and promises them an exciting time from start to finish along with nice payouts.

Players are greeted by the lush jungle when this game starts with some fantastic waterfalls in the backdrop. Combined with an enchanting soundtrack, players will be very keen on getting into this game and exploring. The game has great aesthetics and some interesting gameplay.

Players will be seeking to get winning combinations just like all slot games. Rainforest Magic has several symbols to work with. First, there are the low-value card symbols which include clubs, spades, diamonds and hearts. These are all stylized in stone. The more valuable symbols are snakes, toucans, parrots, monkeys and frogs. The most valuable of these animals is the monkey. Players who score five of this symbol will get 20 times their stake. This means that lucky players who get a screen full of monkeys will get 500 times their total stake.

Overall, Rainforest Magic is a high variance slot. Players who are lucky can get 1,000 times their stake on every spin. Players should try to trigger as many Mystery Reels as they can. This will give them a chance to have a chance to have multiple symbols of the same type appearing. If they all turn into jaguar wilds, then a player has a pretty good chance of hitting a jackpot!

Hurray! There is a competition going between users of our site!
You have to do nothing, but browse out site, and win a daily prize. Click here to read more.
You current ranking:
Time Left: 3h 7m 17s