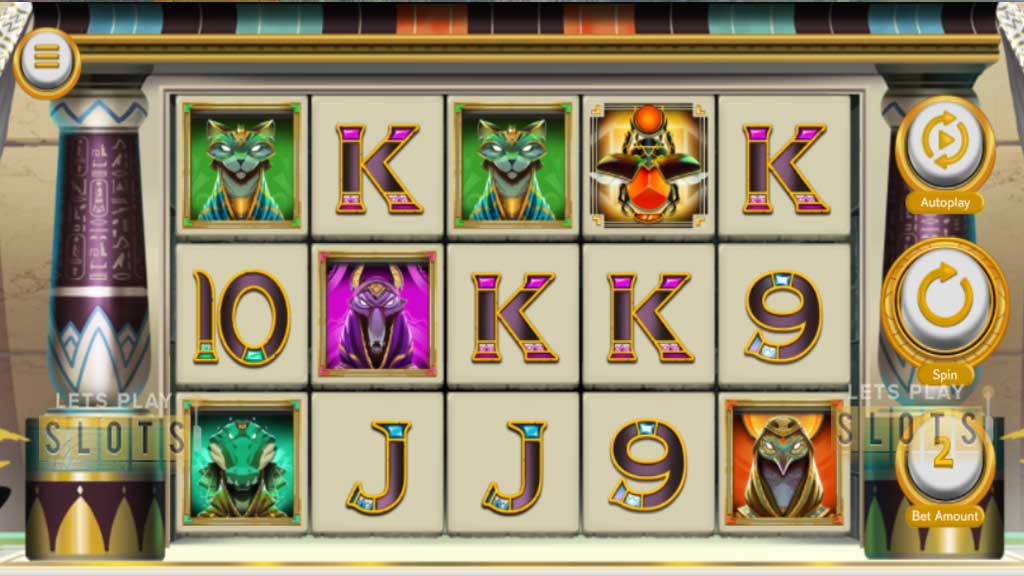 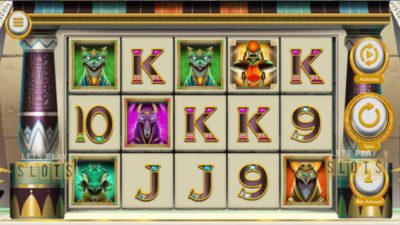 The gods of Ancient Egypt are famous because of the many movies, books and TV series that focus on their history. They had some of the biggest temples in the world back in the day, especially in the ancient city of Karnak, which is full of religious temples of various gods. It is said that in this 2,000-year-old temple, the triad of Amun, Mut, and Khonsu reigned supreme. Woohoo Games decided to use this as the theme of their new slot titled “Gods of Karnak” game.

Players are taken to this incredible temple to play this game. The place itself is a wonder of architecture as white marble columns and walls dominate the place. Players will also love the soundtrack that will get them into the mood.

The game has a 5×3 grid which gives players a decent chance of getting a win. The game’s 20 paylines will make sure of that along with RTP which is 96 percent. This gives players, who can bet between two cents and two hundred dollars, an incentive to play.

The game’s symbols are a mix of playing card symbols and the gods themselves. The low-value cards range from 9 to A. The biggest reward that they can payout is 200x the player’s stake when a player scores five of a kind. The Egyptian gods are more rewarding, with Ptah and Anubis rewarding 500x a player’s stake for scoring five of each.

The game has two symbols that make the game even more special. The Wild is a bug symbol that substitutes as any other symbol. But if a player scores five of these, they can score 10,000x their stake. Another special symbol is the ankh, which is the scatter. Though they only reward 100x a player’s stake at most, it does trigger the bonuses if a player scores three of them.

Players who get free spins will receive 15 of them. During these spin, players will have all their winnings multiplied by three. The only exception is the Wild win which is capped at the maximum. Players can even get more free spins if they score three scatters again.

Besides this bonus, players can also randomly trigger the Wheel of Karnak after a winning spin. This can give the latest win one of seven multipliers on the wheel. Do give Gods of Karnak a spin or two when it comes to your favorite online casino.

Hurray! There is a competition going between users of our site!
You have to do nothing, but browse out site, and win a daily prize. Click here to read more.
You current ranking:
Time Left: 3h 33m 12s