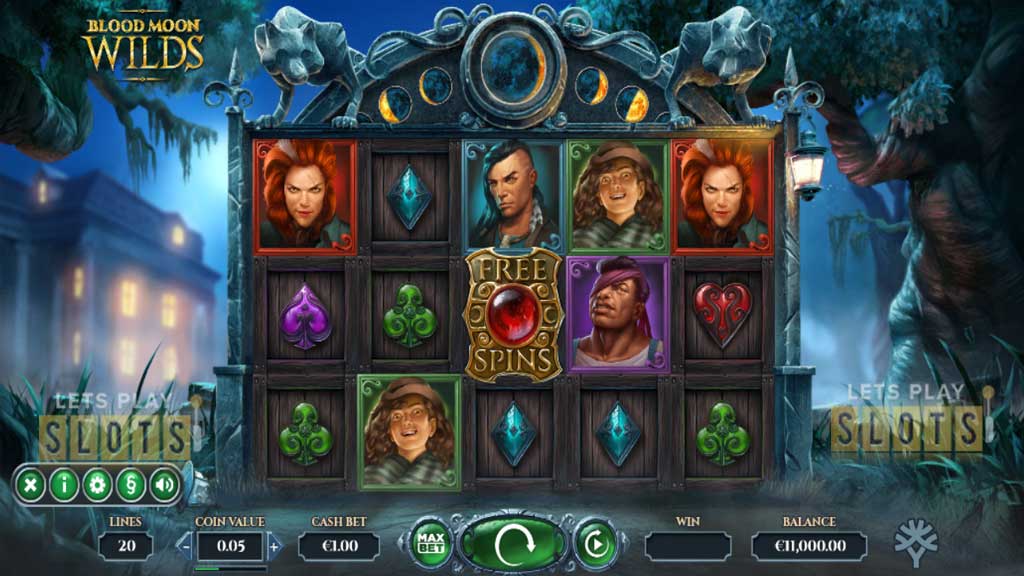 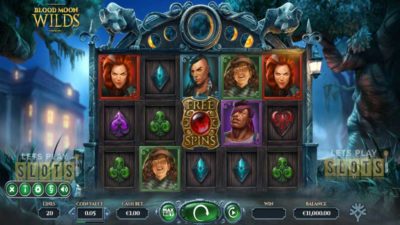 During Halloween, slot developers tend to flood the market with brand new horror slots. Werewolves are a popular theme for horror slots alongside vampires. This time around, these monsters are the theme of a new offering by Yggdrasil Gaming.

The new slot is called “Blood Moon Wilds” and takes players on a night hunt for these creatures. The game will keep you at the edge of your seat and it promises a bloody spooky time for everyone.

When players start this game up, they will immediately notice the Victorian horror theme to it. They will see the city of New Orleans as the sun is setting as the main backdrop with reels as wooden slats between werewolf statues. Combined with the eerie soundtrack, it prepares them for a spooky time.

The game features five reels and 20 paylines. Players are seeking to make winning combinations of symbols and the game has a good set of them. There are the basic low-value symbols that include diamonds, clubs, hearts and spades. But players will be after one of the four characters that will give big rewards. The woman with red-hair gives the biggest reward with 50 times a player’s stake being won if there are five of here in the combination. The game also has the werewolf as the wild symbol, substituting for all other symbols in a combination.

The game is very generous when it comes to special features. First, there is the Lunar Calendar feature. A lunar calendar is above the reels and shows one of the phases of the moon. When it turns into the full moon, all of the characters symbols become werewolf wilds. This can potentially give players a large amount of wilds and are just as valuable as the red-haired woman.

Besides this feature, the game also allows for four random features to trigger on any spin. You might randomly get a wild, a random multiplier, an extra spin, or even have the moon on the lunar calendar turn into a full moon.

The game also has a free spins feature. It happens when at least three of the red gemstone symbols become part of a winning combination. This will trigger the free spin feature and give players up to 12 free spins. During these free spins, all of the random bonuses provide an extra bonus.

Overall, Blood Moon Wilds comes across as a real money fun game. Lucky players can win big with its high variance so it should definitely be worth a spin or two.

Hurray! There is a competition going between users of our site!
You have to do nothing, but browse out site, and win a daily prize. Click here to read more.
You current ranking:
Time Left: 4h 21m 59s