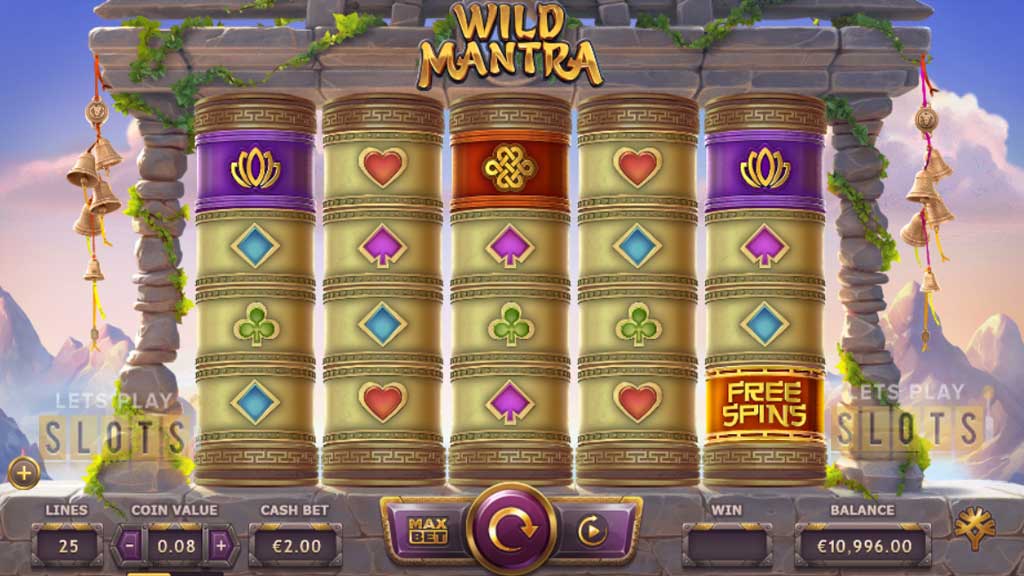 Yggdrasil Gaming Wants You To Meditate To Win in ‘Wild Mantra’ 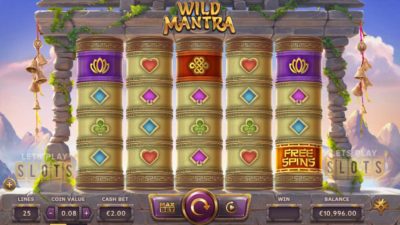 Yggdrasil Gaming has just released its ‘Wild Mantra‘ slot game that delivers a spiritual feeling to those who pull the reels. This new game is based around the theme of meditation and all the benefits one can get from it. The new game will push players to get winning combinations that will lead them to Mantra Free Spins.

When players start a game of Wild Mantra, they are shown a mountain range in the backdrop. The reels are placed in front and the game features five reels and 25 paylines. They are placed on prayer wheels and when they spin, they act like them. The background music is meditative music that gets players into the mood to meditate and see what they can manifest.

The game features eight symbols. The lower value four symbols are hearts, clubs, spades and clubs of the poker cards. The four different high value signs are for different mantras and colours. All of the four high-value signs pay out the same, with five of the symbols on the payline awarding four times the stake.

The game also has a wild symbol. They act as all other symbols for winning combinations. However, they also give players a free respin. This happens when they appear as a stack of four wilds. After this, every new wild that lands on the reels will trigger the Mantra Respins feature. When this happens, all wilds that have previously appeared will move one spot. This will continue to happen until one whole reel is fully wild.

This is not the only way to get free spins in the game. Wild Mantra also features a scatter symbol. Players can then get the bonus free respins when they get at least three of the scatter symbols. Depending on how many they scored, they might be able to get up to 1,000 times their stake as well as 10 free spins.

Besides getting free spins, players will be able to have the wilds that are onscreen when it is triggered to carry over and also get a free wild. When the free spins begin, all wilds become sticky, with wilds carrying over. Additionally, wilds will also nudge during these free spins. Players can get an additional free spin if they get an entire reel full of wilds.

Overall, the game is a pretty nice diversion with low variance!

Hurray! There is a competition going between users of our site!
You have to do nothing, but browse out site, and win a daily prize. Click here to read more.
You current ranking:
Time Left: 5h 59m 21s